I've decided that for the Crime Fiction Alphabet meme this year I will try to feature books I've read in 2012.

My choice this week is Martin Walker, a British writer whom I discovered last year. His novels featuring Chief of Police Bruno Courreges are set in France.

I had already read 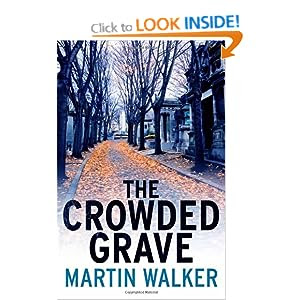 BRUNO, CHIEF OF POLICE  and THE DARK VINEYARD and recently I read THE CROWDED GRAVE.

In the latter, which is #4 in the series, Bruno's quiet locale of St. Denis faces mayhem when archaeologists discover a twenty year old skeleton in the excavation pit of a Neanderthal grave. And then animal rights protesters attack farms involved in the production of foie gras. On top of it all, government ministers from both France and Spain have decided to have a summit locally and Bruno is in charge of making the area secure.

So the pleasant domesticity of Bruno's usually peaceful life is disrupted. Former lover Isabelle comes back to deal with security arrangements and Bruno's English lady friend Pamela is conveniently needed in Scotland to take care of her mother who has had a stroke. 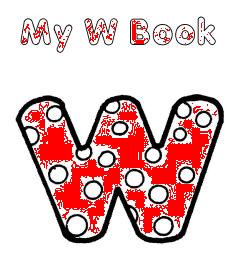 In many ways this is a very complex plot - there are so many things going on. The various plot lines intertwine again and again and unexpected connexions surface. All is skilfully done. Bruno's character is developed a little more and we learn a few new things about him.

If it wasn't for some of the violence towards the end of the book, you'd probably call THE CROWDED GRAVE a cozy.  There's much of the English village mystery about it and then it just occasionally flips into thriller mode, action set against a background of Basque Separationism.

I've really enjoyed all of them.
See what others have chosen for the letter W

A new author for me Kerrie! Sounds very good.

This sounds very good and I will have to look for the first one. It is very interesting that this is cozy-ish with elements of a thriller. I was interested when I read your reviews of the first two in the series but wasn't sure if I wanted the cozy element... not that I reject all cozies.