Crime Fiction Alphabet 2012: Z is for Zita and Zero 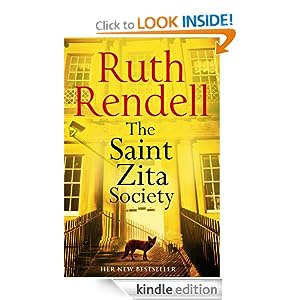 It never occurred to me when I set up the Crime Fiction Alphabet me this year and decided that for the meme this year I would try to feature books I've read in 2012  that I would have trouble with the letter Z.


No authors with Z in their name so I've had to be creative and I hope you'll forgive me.

So my choices are THE SAINT ZITA SOCIETY by Ruth Rendell and TOWARDS ZERO by Agatha Christie.

These are very different novels.

TOWARDS ZERO opens with a Prologue which introduces the concept of characters converging towards Zero Hour. There will be a point at which a murder MUST occur, and then there are two of them.

On the other hand, in THE SAINT ZITA SOCIETY the first death is an accident, the result of rage taking over, but this then leads to murder.

See what others have chosen for the final letter in the Crime Fiction Alphabet for 2012.

Kerrie - Very clever indeed! And thanks for leading this meme; it's been fun!