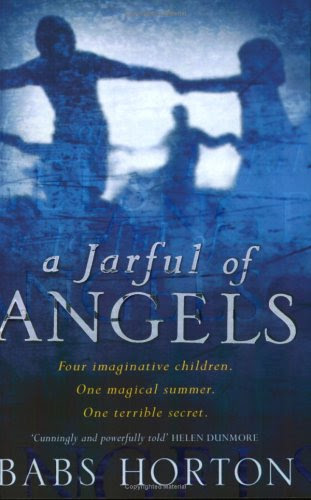 
'Stoop down and run your fingers through the damp soil and there in the black coal earth you will find the splintered remnants of tiny bones and the fragments of a hundred broken jars, jars that once held so terrible and so marvellous a secret.'

The remote town in the Welsh valleys was a wonderful, magical - but sometimes dangerous - place in which to grow up. It was there that Iffy, Bessie, Fatty and Billy experienced a plague of frogs one summer, stumbled upon a garden full of dancing statues, found a skull with its front teeth missing - and discovered just what it was that mad Carty Annie was collecting so secretly in those jars of hers.

But at the end of that long, hot summer of 1963, one of the four children disappeared.

Over thirty years later, retired detective Will Sloane, never able to forget the unsolved case, returns to Wales to resume his search for the truth. His investigation will draw him into a number of interlocking mysteries, each one more puzzling than the last.

Written in a rich, sensuous and lyrical prose style full of the sights and sounds of childhood, A Jarful of Angels is a mesmerising, evocative - and wholly unforgettable - novel of psychological suspense.

The main story is set in a Welsh village in 1963: impoverished families, unwed mothers, damaged people, lots of secrets.  Four children who get up to lots of mischief, who don't always understand what they see and hear, and then one of the children vanishes.

The second part of the tale is told thirty years later, with the narrative interwoven with the earlier tale. Will Sloane, retired, has always been haunted by what he didn't understand about the child's disappearance.

This is a lively plot, but I think the author tried too hard to keep the identity of the missing child secret. As a result there is a lot of confusing detail, because there is more to the story than just a missing child.  For a small village there are lots of secrets and mysteries, made even more mysterious because we see so much of them through a child's eyes.