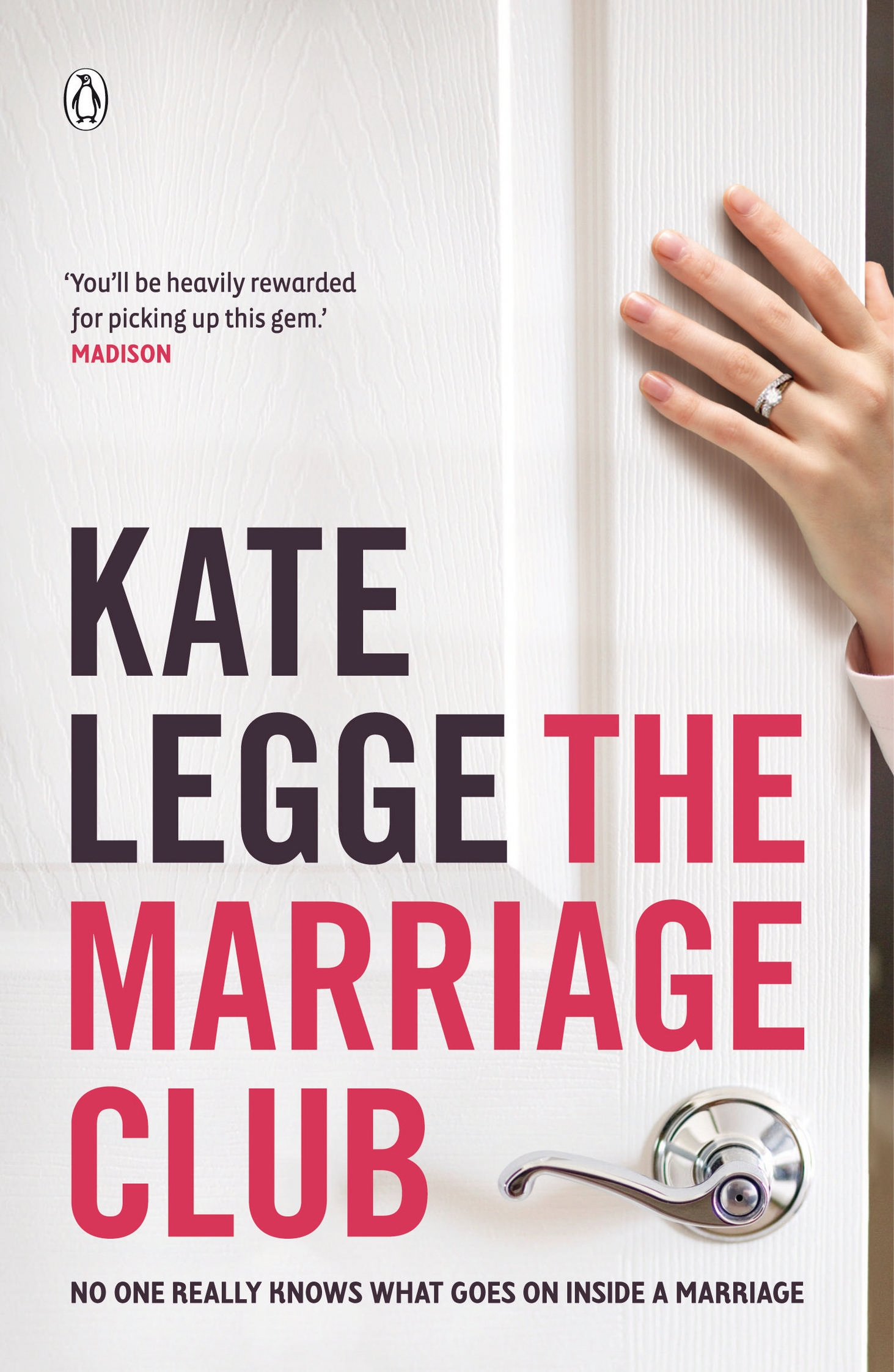 On Monday, Leith Kremmer's book-club friends meet in her lounge room, catch up on each other's lives, and indulge in her elegant champagne supper. Upstairs, Leith's husband George practises his golf swing. The next morning Leith is dead, under suspicious circumstances.

One week later, George, a family-court judge, has delved into his marriage - including Leith's long-held secrets, and his own - in a desperate attempt to comprehend her death. And Leith's friends, in examining their own marriages, have emerged far from unscathed. Was Leith the charming ally they thought they knew? And do they really know their own partners?

The Marriage Club takes place over the course of one tumultuous week. As everyone begins to tease out the truth, they are finally able to let down their guards and be their real selves. If only they could have done so earlier . . .
'A novel of secrets and lies, [where] illusions are shattered in the most fascinating way.'

We are not at all sure that a crime has been committed. Certainly a death has occurred.

Leith Kremmer's friends meeting at their monthly book club think she is very chipper. She even has champagne for them, but none suspect the secrets she has kept. In a way they have all kept secrets and Leith's death has a domino effect. The police begin an investigation, interviewing both the members of the book club and their husbands. Leith's mobile phone hints at the tip of an iceberg.

Marriages aren't always what they seem, and sometimes it doesn't take much for them shred.

An excellent read, with the answer to that final question held to the very end.

About the author
Kate Legge writes for The Weekend Australian Magazine. She has covered politics and social affairs in Australia and America. She has published two novels: The Unexpected Elements of Love (long listed for the Miles Franklin Award) and The Marriage Club.

Sounds like a thrilling read , thanks for sharing your thoughts.