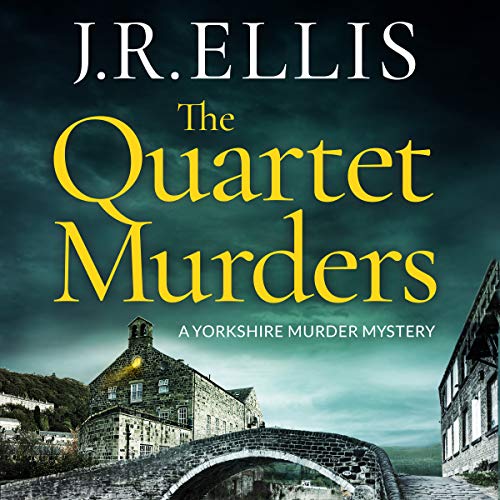 
A priceless violin. And a dark secret someone is prepared to kill for.

DCI Oldroyd has seen his fair share of victims, but he has never witnessed a murder - until now. When world-famous violinist Hans Muller is shot and killed during a concert, the detective is faced with a case beyond logic. The culprit is nowhere to be found - and the victim’s priceless violin has disappeared too.

As Oldroyd investigates the mystery of the murderer’s identity and the motive for the killing, he enters the ruthless world of wealthy instrument collectors and stumbles upon a dark path where shocking secrets have been buried in the past. But the secrets will soon take centre stage.

Oldroyd must use all his cunning to recover the priceless instrument. But can he also solve the mystery of a murderer who vanished in front of his own eyes?

Oldroyd's offsider is again DS Carter, the new man from London, But I think his character was better drawn than in the first novel in the series.

I liked the further fleshing out of Oldroyd's character and I thought the mystery was better plotted.
Narrator Michael Page again does a good job of his voice presentation.
This series is engaging enough for me to look for another audio book.