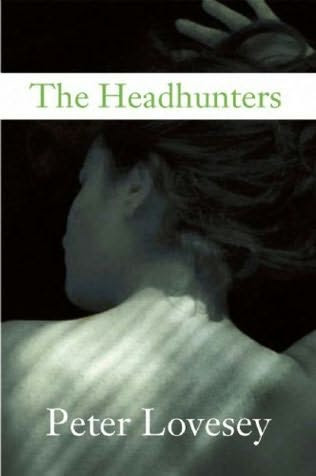 Gemma loathes her sleazy boss; Jo is her confidante. On a double date with Rick and Jake, they discuss forming a mutual murder society, in jest of course. The next day, Jo, walking on Selsey Beach, discovers the corpse of a drowned woman, a stranger. But one of the men in the lineup at the police station is Gemma's date Jake, who Jo rather fancies.

Then Gemma and Jo discover the corpse of Fiona, Gemma's annoying colleague from work. And Gemma's boss is missing. When an older woman whom Rick was involved with is drowned in her pool, the police begin to close in.

Can this outbreak of deaths by drowning be coincidental? Or has the joke gone too far?

Although the Hen Mallin series (of which there are only 2 titles so far - the other is THE CIRCLE - see the mini review below) is a police procedural, as an investigator Hen is very different to Peter Diamond. (see my recent review of COP TO CORPSE )

Hen is very conscious of her male superiors just waiting for her to make a slip, constantly threatening that if a case is too much for her it could be handed on. Hen does act on impulse sometimes - in THE HEADHUNTERS she orders out the local divisional helicopter but luckily for her the move pays off.

In THE HEADHUNTERS Lovesey plays with the unreliable narrator. We learn of events from several points of view but it is difficult to pick which one is not to be trusted. In fact there seem to be several candidates. There are also some really good red herrings.

So another good story from Peter Lovesey.

Mini-review of THE CIRCLE which I rated at 5.0

Encouraged by his fourteen-year-old-daughter who recognises his lonely widowhood, Bob Naylor decides to join a writers' circle, believing he might gain some expert help with the poetry which keeps spilling out of his imagination. He discovers a motley collection of wannabe authors who he doubts he has anything in common with, but just as he is deciding not to formally join the group he learns that a publisher who addressed their last meeting has been killed and he stays to see what might develop.

The Senior Investigating Officer, Henrietta Mallin, soon has all the members of the group under suspicion and, under pressure from her superiors, arrests their Chairman. Bob, the only writer who had not met the victim, is persuaded by other members of the group to do some investigating of his own. And that is when the trouble really starts, because another death turns the spotlight of suspicion on to him.

Kerrie - Lovesey certainly does have talent. I must try this series as I've not done that yet.