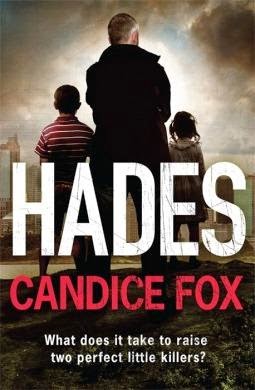 A dark, compelling and original thriller that will have you spellbound from its atmospheric opening pages to its shocking climax.

Hades Archer surrounds himself with the things others leave behind. Their trash becomes the twisted sculptures that line his junkyard. The bodies they want disposed of become his problem – for a fee.

Then one night a man arrives on his doorstep, clutching a small bundle that he wants ‘lost'. And Hades makes a decision that will change everything...

Twenty years later, homicide detective Frank Bennett feels like the luckiest man on the force when he meets his new partner, the dark and beautiful Eden Archer. But there's something strange about Eden and her brother, Eric. Something he can't quite put his finger on.

At first, as they race to catch a very different kind of serial killer, his partner's sharp instincts come in handy. But soon Frank's wondering if she's as dangerous as the man they hunt. -

This is a cleverly layered novel, superbly written, that flits between the past and the present, between the serial killer case the Sydney based police are currently focussing on, and Eden Archer's story.

Eden Archer and her brother have a secondary agenda, one which Hades, their adoptive father, has trained them for all their life. Those who get in the way, those who want to know too much and to get too close, are putting their own lives on the line.

About the author
(from Random House Australia)
Candice Fox is the middle child of a large, eccentric family from Sydney's western suburbs composed of half-, adopted and pseudo siblings. The daughter of a parole officer and an enthusiastic foster-carer, Candice spent her childhood listening around corners to tales of violence, madness and evil as her father relayed his work stories to her mother and older brothers.

As a cynical and trouble-making teenager, her crime and gothic fiction writing was an escape from the calamity of her home life. She was constantly in trouble for reading Anne Rice in church and scaring her friends with tales from Australia's wealth of true crime writers.

Bankstown born and bred, she failed to conform to military life in a brief stint as an officer in the Royal Australian Navy at age eighteen. At twenty, she turned her hand to academia, and taught high school through two undergraduate and two postgraduate degrees. Candice lectures in writing at the University of Notre Dame, Sydney, while undertaking a PhD in literary censorship and terrorism.

Hades is her first novel, and won the Ned Kelly Award for best debut in 2014. Eden, its sequel, is published in December.

See another review at AustCrime.

THis book looks so very good! I can't wait to read it! I am just finishing up The Swap by Nancy Boyarsky, it's very good I recommend it! Her site is theswapamystery.com. Been my favorite read so far this year!