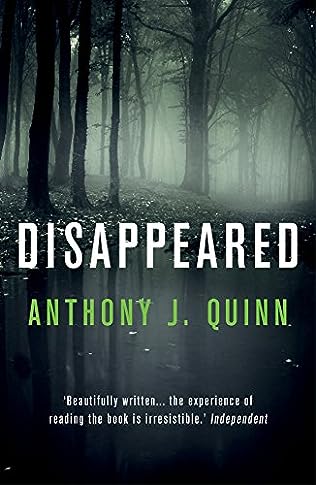 In Northern Ireland's darkest corner, the Troubles have never ended

Though bombs no longer rock Belfast, for some the fight goes on. Retired Special Branch agent David Hughes disappears after looking into the previously closed case of Oliver Jordan, who went missing at the hands of the IRA decades ago. Soon after, a former spy is found bludgeoned to death, the day after placing his own obituary in the newspaper. Beneath Northern Ireland's modern calm, ancient jealousies threaten to rend the country asunder once more.

A Catholic detective in a Protestant nation, Celcius Daly knows too well the agonies of sectarian strife. To solve this string of murders, he must reach decades into the past, confronting a painful history that Ireland would prefer to forget.

To be honest, for most of the time I found this novel hard going. I empathised with David Hughes who has Alzheimer's and is extremely frustrated because his memory is rather like a patchwork quilt with large holes. I understood young Dermot Jordan's desire to know where his father is buried, and perhaps even to clear his name.

But I struggled to remember which side was which, and who had done what.

Someone who has a better understanding of The Troubles would obviously enjoy the book far more. Thank you Anthony Quinn for trying to educate me!