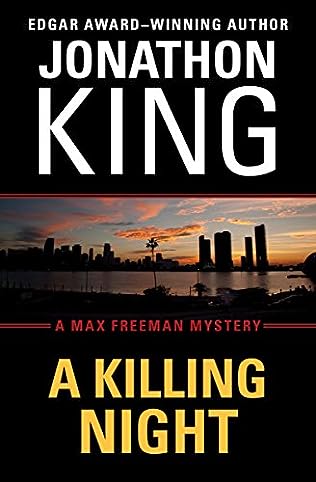 Max Freeman is at a crossroads. No longer content to live solely in his remote shack in the Everglades, he is looking to move beyond his self-imposed isolation. So when his onetime girlfriend, Detective Sherry Richards, asks for his help as a private investigator in nailing an ex-cop she suspects of killing several young women in South Florida, Max is ready to help her see justice done.

But there's a problem. Sherry's suspect is a former police officer from Philadelphia who served with Max; a brother-in-blue who once saved Max's life. Matters are made worse when Max's own aggressive investigation leads him to believe that Sherry's crusade to protect these women is about to roll over a possibly innocent man.

Caught between his loyalty to Sherry and his debt to his fellow ex-cop, Max's search for the truth will take him back to the streets of Philadelphia, where he will dig into his fellow officer's troubled past . . . only to come face-to-face with his own. And while Max continues his quest, a controlling, cunning killer inexorably closes in on what could be his next victim. . . .

Three female bartenders in South Florida have gone missing and the finger of suspicion points at Colin O'Shea, a childhood friend of Max Freeman's, also a former cop that he worked with in Philadelphia. But Colin swears he is innocent and Max believes him.

So Max finds himself trying to work out if there is a serial killer on the loose, and at the same time he is trying to prove that it isn't Colin.

Max is also working for Billy Manchester, a black attorney that he also grew up with in Philadelphia. Billy is working on a case of cruise liner employees who are being threatened by stand over thugs,

I found the story a bit slow in the beginning. The author seemed to need to fill me in on some details that I already knew even though I have only read #1 in the series. This story has many strands and both Max and the serial killer speak in the first person, which initially takes a bit of careful reading,

4.4, THE BLUE EDGE OF MIDNIGHT