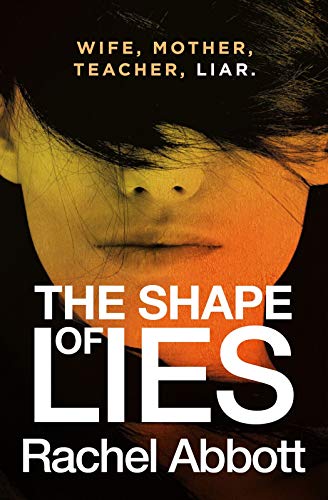 Yesterday, Scott was dead. Today, he’s back.
And Anna doesn’t believe in ghosts.

Scott was Anna’s boyfriend. She loved him, but he ruined her life. When he died, she should have been free, but today Scott is on the radio, threatening to spill her secrets.

Anna is a mother, a wife, and head teacher of a primary school.
And she’s a good liar.

She made one mistake, and now she is having to pay for it. Scott is the only person who knows the truth about her past, but how can he be alive?

Soon, DCI Tom Douglas is going to knock on her door looking for answers. But Anna is already running scared: from the man she loved; the man she watched die; the man who has come back to life.

She has one week to find him. One week to stop him.

In most of the earlier titles in this series I have had a lot of empathy for the main character.
And that was the way things started with this novel.

Anna's husband Domenic hasn't worked for 18 months, since he was kneecapped in a mugging. Since then he has been the stay-at-home dad, she the principal at  nearby public school. She is driving to school when she tunes into a chat show, where a participant reveals that he plans to reveal all about a former affair. His name is Scott and he calls his former girlfriend Spike, and she thinks she recognises herself. The problem is that Scott is dead. And her husband Domenic knows nothing about what she and Scott did.

I'm afraid the more I got to know about Anna's past, the less I liked her.

The other problem I had with this novel is that, for the main plot to work, there had to be rather too many other plot lines, and too many changes in the main characters.