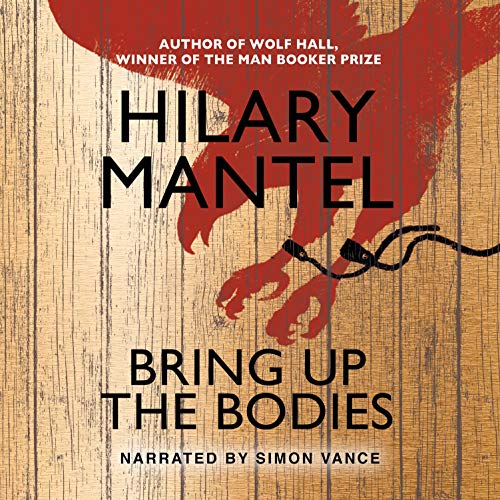 By 1535 Thomas Cromwell, the blacksmith's son, is far from his humble origins. Chief Minister to Henry VIII, his fortunes have risen with those of Anne Boleyn, Henry’s second wife, for whose sake Henry has broken with Rome and created his own church.

In Bring Up the Bodies, Hilary Mantel explores one of the most mystifying and frightening episodes in English history: the destruction of Anne Boleyn. This new novel is an audacious vision of Tudor England that sheds its light on the modern world.

This really is one of those books you could read again and again (as I have done) because there is always something "new" to absorb.

Henry VIII has an almost insurmountable problem: he is aging, and he does not have a legitimate male heir. Most of us know this story well but probably haven't realised that it played out over such a long period of time. Henry ruled England from 1509 to 1547. He was married to Katherine of Aragon for 20 years and Mary was their only legitimate child. By 1533, after 24 years of marriage, Katherine was unlikely to produce any more surviving children, so Henry had their marriage annulled, so he could marry Anne Boleyn. He married Anne in 1533 and had her beheaded for adultery and treason in 1536 after she had produced just one surviving child, a female, Elizabeth.

This book is the story of Anne's struggle for survival and the steps Henry took to secure a male heir.

I had reviewed this previously: 4.7, BRING UP THE BODIES

so glad you liked it. You are now ready for book 3, which is really awesome too: https://wordsandpeace.com/2020/06/03/book-review-the-mirror-and-the-light/

We've started listening to book 3. 38 hours in length so it will take us a few weeks of our weekly trips