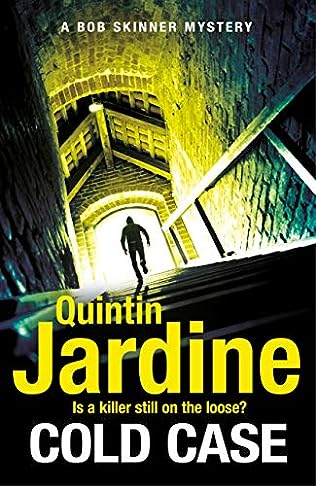 Is a killer still on the loose?

The thirtieth gritty mystery in Quintin Jardine's bestselling Bob Skinner series, not to be missed by readers of Ian Rankin and Peter May. Praise for Quintin Jardine's gripping novels: 'Well constructed, fast-paced, Jardine's narrative has many an ingenious twist and turn' Observer

When a murder investigation that's been closed for thirty years is suddenly re-opened, former Chief Constable Bob Skinner is quickly drawn into the action.

The story of the Body in the Quarry was well-known around Edinburgh all those years ago: a popular priest found dead in a frozen quarry; a suspect with a clear motive charged; a guilty verdict. But with a journalist uncovering new evidence, the cold case has come back to haunt Skinner's old mentor Jimmy Proud - and only one man can help him.

Skinner is long out of the police force, but he can't say no. With the clock ticking, and his friend's reputation at stake, he must uncover the truth to find out if an innocent man was convicted for murder. And if a killer is still on the loose . . .

I think I paid the penalty here of starting with #30 in a series. I was new to the characters and the relationships between them, and I had a hard time in particular with building a picture of ex-Chief Constable (Sir) Robert Skinner. He has started a new career as the director of a media company, has a family of varying ages, a wife who is the local pathologist, and still has a finger in many pies. He is held in high regard by the community and is immediately recognisable by members of the public.

The Bob Skinner series has produced 32 books since 1993 so I can only imagine the amount of background material that I have missed out on. The cold case in this book pre-dates Skinner's own career and new implicates the two men whom he regarded in high esteem and who were in fact his mentors. The man charged with killing the priest Matthew Ampersand actually took his own life in gaol but his family always regarded him as guilty. Skinner comes into the case as an investigator and tracks down both members of the dead man's family and members of the family of the convicted man. When the journalist who initiates the investigation first of all goes missing and then is found dead, the cold case coincides with the new one, and more resources are thrown at it, Skinner becomes the mentor of the senior policemen involved, and at the same time tries to protect the reputations of his own former members.

My rating probably reflects my lack of knowledge of the series rather than any shortcomings in the plot, but I was left wondering about the credibility of the scenario.