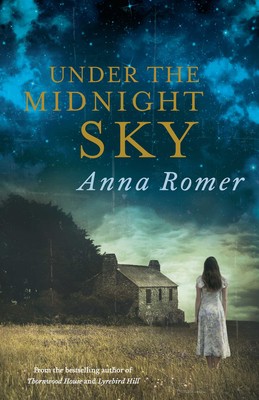 When an injured teenager goes missing at a remote bushland campground, local journalist Abby Bardot is determined to expose the area’s dark history. The girl bears a striking resemblance to the victims of three brutal murders that occurred twenty years ago and Abby fears the killer is still on the loose.

But the newspaper Abby works for wants to suppress the story for fear it will scare off tourists to the struggling township. Haunted by her own turbulent memories, Abby is desperate to learn the truth and enlists the help of Tom Gabriel, a reclusive crime writer. At first resentful of Abby’s intrusion, Tom’s reluctance vanishes when they discover a hidden attic room in his house that shows evidence of imprisonment from half a century before.

As Abby and Tom sift through the attic room and discover its tragic history, they become convinced it holds the key to solving the bushland murders and finding the missing girl alive.

But their quest has drawn out a killer, someone with a shocking secret who will stop at nothing to keep the truth buried.

There are many mysteries to be solved in this novel with several story lines and the stories coming from several time frames. There are secrets to be uncovered. Abby Bardot has a history that she doesn't talk about, and there are several people who have hidden pasts. There is a man in jail for a murder he says he didn't commit. It all makes for a great tangle.

Underneath it all Abby the journalist wants to write about the secrets of Deep Water, about the girls who've disappeared, those who've died, and those who survived.

This book makes the reader work hard as the author changes the voice of the narrator almost at whim. There is little warning that this is going to happen and the narration can swap from third person to first person between paragraphs. There are at least four main narrators and several minor ones. I guess the intent is to make the reader aware of what particular characters are thinking, but it is not a device that I particularly like. In the earlier parts of the book I found it confusing.

Despite all that, an intriguing story, and one that kept me guessing.

About the author
Anna Romer was born in Australia to a family of booklovers. She led a nomadic life for many years, travelling around Europe and Britain in an ancient Kombi van where she discovered a passion for history.

These days she lives in a little old cottage surrounded by bushland, writing stories about dark family secrets, rambling houses, characters haunted by the past, and settings that feature the uniquely beautiful Australian landscape. Anna’s debut bestselling novel was Thornwood House, followed by Lyrebird Hill and Beyond the Orchard. See AnnaRomer.com.au

I have read a couple of her books and enjoyed them! The narrator things might be a challenge though.