Review: THE ONLY WOMAN IN THE ROOM, Marie Benedict 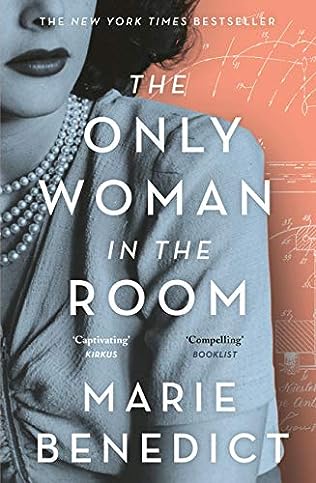 Her beauty almost certainly saved her from the rising Nazi party and led to marriage with an Austrian arms dealer. Underestimated in everything else, she overheard the Third Reich's plans while at her husband's side, understanding more than anyone would guess. She devised a plan to flee in disguise from their castle, and the whirlwind escape landed her in Hollywood. She became Hedy Lamarr, screen star.

But she kept a secret more shocking than her heritage or her marriage: she was a scientist. And she knew a few secrets about the enemy. She had an idea that might help the country fight the Nazis...if anyone would listen to her.

A powerful novel based on the incredible true story of the glamour icon and scientist whose groundbreaking invention revolutionized modern communication, The Only Woman in the Room is a masterpiece.

For the regular viewers of my blog - this is not crime fiction. It is fictionalised biography.

There are really two stories here: the story of Hedy Keisler, a beautiful young actress who at 19 became the wife of Austrian munitions magnate Freidrich Mandl, followed by her escape to the USA and her rebirth as Hedy Lamarr.

Freidrich Mandl was playing a dangerous game, trying to retain control of his munitions factories and contracts as Hitler moved slowly to merge Austria with Germany. Freidrich was much older than Hedy and became obsessed with controlling her as she hosted lavish parties designed to bind people to him.

When she finally escaped she emigrated to America, becoming a star of the film industry, more for her beauty than her acting ability, although she certainly had that.

But there was another side of Hedy: an acute scientific mind that had been forced to take a back seat by the roles that she played. In the long run the US miltary turned down her invention because she was a woman, but later it became part of modern electronics.

I felt that the first half of the story gave the author more to play with, while she really wanted to bring our modern debt to the "scientific mind" to our attention.