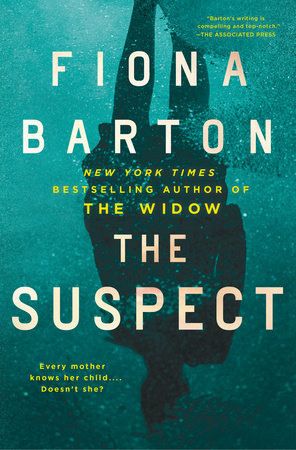 When two eighteen-year-old girls go missing in Thailand, their families are thrust into the international spotlight: desperate, bereft, and frantic with worry. What were the girls up to before they disappeared?

Journalist Kate Waters always does everything she can to be first to the story, first with the exclusive, first to discover the truth—and this time is no exception. But she can’t help but think of her own son, whom she hasn’t seen in two years, since he left home to go travelling.

As the case of the missing girls unfolds, they will all find that even this far away, danger can lie closer to home than you might think…

It has always been Alex O'Connor's dream to travel to Thailand in a gap year after her A-levels. When her best friend Mags pulls out, her trip is in jeopardy but Rosie, a girl she walks to school with, begs to be Mags' replacement. Alex feels she doesn't know Rosie very well, but when Rosie comes through with the fare, it looks like everything will work out.

Alex's parents haven't heard from the girls for a week nearly 3 weeks after they left for Bangkok. They had been receiving regular updates from Alex and then nothing, So they decide to report it to the British police. Alex had been updating their FaceBook page every day and sending photos from her phone, and everything was great. But, unknown to them, the story that she is telling Mags by email is very different..

Kate Waters is a journalist with The Post. Her son Jake dropped out of uni and went to Phuket to "find himself" two years ago. Since then she and her husband Malcolm have hardly heard from Jake. When the story of the two missing girls lands on her desk, she understand what the parents are going through. When the opportunity comes to go to Thailand to follow the story she jumps at the chance, hoping she will also find Jake.

It never occurs to Alex's parents that what they are hearing from Alex isn't true. Every parent thinks they know their child and believes they would know what to do if things went wrong. But what if, half a world away, they see reporting problems as failure? What if the responsibility is too much?

Fiona Barton, the New York Times bestselling author of The Widow and The Child, trains and works with journalists all over the world. Previously, she was a senior writer at the Daily Mail, news editor at the Daily Telegraph, and chief reporter at the Mail on Sunday, where she won Reporter of the Year at the British Press Awards.