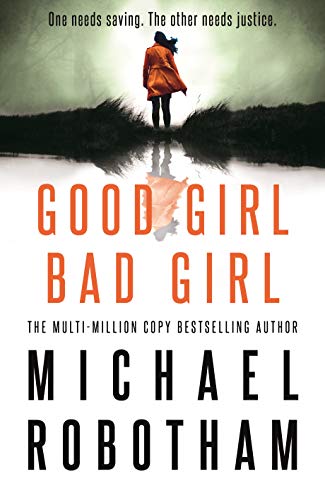 The girl with no past.

Six years ago, Evie Cormac was discovered, filthy and half-starved, hiding in a secret room in the aftermath of a shocking crime. Now approaching adulthood, Evie is damaged, self-destructive and has never revealed her true identity.

The boy who survived.

Forensic psychologist Cyrus Haven, a man haunted by his own past, is investigating the death of champion figure-skater Jodie Sheehan. When Cyrus is called upon to assess Evie, she threatens to disrupt the case and destroy his ordered life. Because Evie has a unique and dangerous gift - she knows when someone is lying. And nobody is telling the truth.

We seem to have waited a while for another offering by Robotham but I don't think readers will be disappointed.

Robotham has moved away from the Joe O'Loughlin series and it remains to be revealed whether this is the beginning of a new series.

The new novel is set in Nottingham.
The body of young Jodie Sheehan has been found murdered. Jodie was a figure skater apparently headed for the Olympics. Cyrus Haven attempts to profile the sort of person involved in Jodie's death. The police quickly come up with a suspect, but things don't quite jell for Cyrus. Cyrus asks question about Jodie which others have been reluctant to ask.

The second major plot line is the story of Angel Face, the little girl found six years earlier hiding in a house with the dead body of a man who had been tortured. She has refused to tell the police her real name or her age, but now she claims to be nearly 18, and that she should be released from institution she is living in. Cyrus is asked to assess her for potential release.

The plot lines progress together, each adding to the other, with new sub-plots giving the whole novel depth. And then the major lines cross each other.

A really good read full of twists and turns. Even half-way through I really couldn't tell where we were headed.