On a Saturday early in November, Santa comes to Adelaide with the decades old Christmas pageant. It's a great occasion when families line the route that winds for about 3 .5 kilometres through the streets of Adelaide.
The pageant first happened in 1933 at the height of the Depression, the brainchild of Sir Edward Hayward who owned John Martin's department store. When John Martin's was sold in the early 1990s it became a community event sponsored by a combination of the state's credit unions. There are 75 sets and 1,700 volunteers, including 57 floats, 15 bands, 164 clowns, dancing groups, and walking performers, all heralding at the end the arrival of Father Christmas.

It was a very multi-cultural pageant this year.

I got a bit carried away with the photos today, took over 150, so I'll just "treat" you to a few! 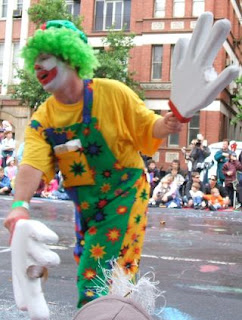 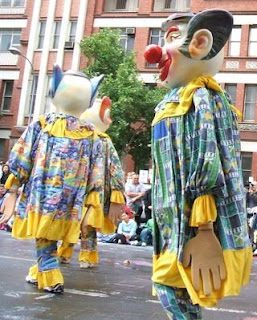 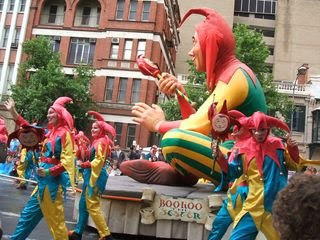 And below is the Enfield Brass, featuring 3 family members: daughter on trombone, son in law on cornet, and husband on drum. They were in my blog two weeks ago when they won the Tanunda Street March. 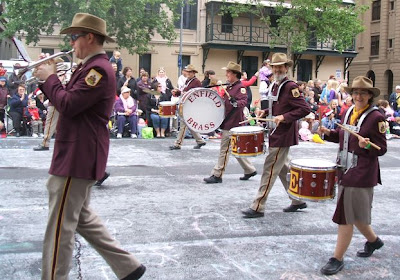 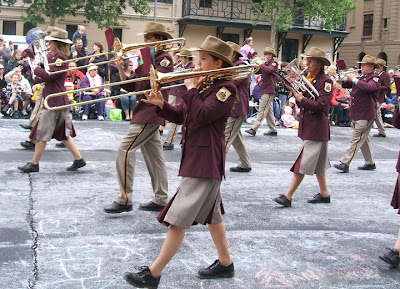 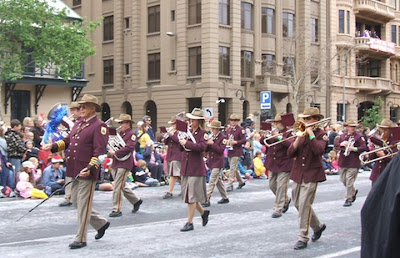 Even the Minister for Education took part! 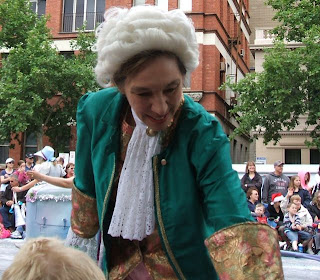 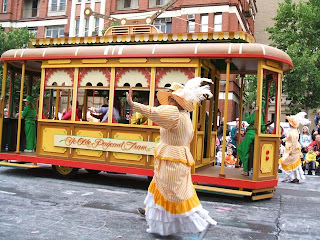 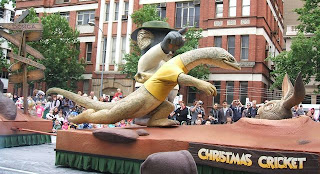 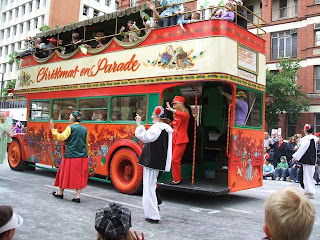 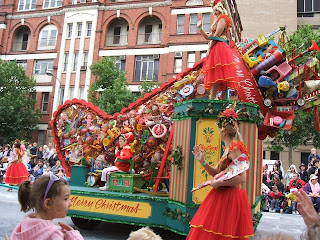 And then sometime before Christmas a visit to the Magic Cave in John Martin's.. Very Adelaide memories.

Actually, I was going to email you to ask you to post something about the Christmas Pageant in our upcoming Advent Blog Tour which will be announced in a couple of days. It's up to you, but it would be great if you could.

I can do that Marg. Just let me know where to do it

The Pageant use to be televised in Darwin every year - my girls use to watch it and get all excited when the horses came out near the end - not real ones they were models.

One year we actually took the girls to the magic cave in John Martins when we were traveling through :)

Looks like I may have a window of opportunity of catching up on the 29th November - we will be in Adelaide that day only with a few things planned - the zoo (maybe) shopping (probably) and the markets (definitely) - off again on the 30th. Can't set anything in mud - but that is a possible day for maybe catching up with you for coffee.

Sounds good to me Sally. We are not very far out in the suburbs so any time you like. (and anywhere)