Read an Agatha Christie in under an hour 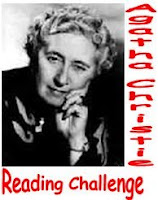 In August 2007 the BBC announced "Agatha Christie's crime novels, already immortalised on television, on film, on stage and in audio books, have been adapted as comic strip editions. The relaunch of Christie in this new way is timed to coincide with the annual Agatha Christie Week on September 9 to 15, 31 years after the novelist's death. The relaunch in comic form is an effort to make the world's second best-selling author more appealing to new and younger readers."

In much less than an hour today I have read "THE SECRET OF CHIMNEYS", adapted by Francois Riveier, and illustrated by Laurence Suhner. The blurb asks "What connects Chimneys, a formidable country estate nestled in the English countryside, with the small Balkan nation of Herzoslovakia? If Anthony Cade had known the answer, perhaps the chance to earn a

thousand pounds just delivering a parcel would not have seemed like such easy money!"
The Agatha Christie site lists its RRP as £9.99.

What you get for that price is 46 pages of quite well drawn comic frames, nice colour, a rather confusing story of espionage, jewel thieves, an international conspiracy, a romance, the debut appearance of Superintendent Battle, and absolutely no character development.

Well, I hope nobody is kidding themselves that these comics, a total of 83 titles, are going to turn anybody into a reader of the Agatha Christie classics!

The connection between this "graphic novel" and the original novel is just the main elements of the story. There is no suspense, and really none of what attracted readers to Agatha Christie's books.

Pardon the cynic in me who sees them as part of a money-making, marketing exercise. On the back of the copy of SECRET OF CHIMNEYS which I borrowed from my local library the reader is encourage to "collect all of the new Agatha Christie adventures, adapted by some of the world's most original comic book artists".

So if you are a collector you can now add another dimension to your collection of Agatha Christie memorabilia: to your hardbacks, paperbacks, audio tapes, audio CDs, films on VHS and DVD, jigsaw puzzles, book bags, mugs, PC games, Nintendo games, and deck chairs.

Hi, Kerrie:
Thanks for visiting! I loved the Kate Atkinson and am going in search of the earlier ones...and I have a cousin, a teacher, who uses A.C. with her class...she will love knowing about this version!
Audrey

These comic book versions of Agatha Christie were published in the UK (and I think the US?) a year or so ago. In view of your comments, I wonder how well they sold over here?

They've got 83 titles in the series Maxine, I think including some of the short stories, so they must be expecting them to be popular. Be interesting to know how well they've sold. I suspect school libraries, and YA libraries, and those trying to hook non-readers in the name literacy might buy them anyway. I just think it is a pity if people think they are reading Agatha Christie.