Baghdad is the chosen location for a secret summit of superpowers, concerned but not convinced, about the development of an, as yet, unidentified and undescribed secret weapon.

Only one man has the proof that can confirm the nature of this fantastic secret weapon – a British agent named Carmichael. Unfortunately the criminal organisation responsible for the weapon’s development will stop at nothing to prevent him entering Baghdad and presenting his proof to the assembled delegates. Can Carmichael enter the city against such odds?

Into this explosive situations appears Victoria Jones, a girl with a yearning for adventure who gets more than she bargains for when a wounded Carmichael dies in her arms in her hotel room.

Now, if only she could make sense of his last words ‘…Lucifer…Basrah…Lefarge…’ 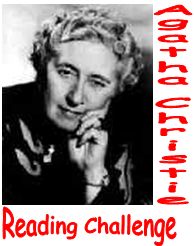 Originally published in 1951, THEY CAME TO BAGHDAD reflects popular concerns of the time about whether another World War was brewing.


He said grumblingly, ‘All right, all right…Get back as soon as you can. I’ve never seen the market so jumpy. All this damned Communism. War may break out at any moment. It’s the only solution, I sometimes think. The whole country’s riddled with it – riddled with it.

And now the President’s determined to go to this fool conference at Baghdad. It’s a put-up job in my opinion. They’re out to get him. Baghdad! Of all the outlandish places!’

‘They got the Shah of Persia last year, didn’t they? They got Bernadotte in Palestine. It’s madness – that’s what it is – madness. ‘But then,’ added Mr Morganthal heavily, ‘all the world is mad.’

While the main protagonists appear to be the USA and Communist Russia, those engineering the war are quite a different group again:


‘I know everybody says there’s going to be another war sooner or later,’ said Victoria.

‘Exactly,’ said Mr Dakin. ‘Why does everybody say so, Victoria?’

She frowned. ‘Why, because Russia – the Communists – America –’ she stopped.

‘You see,’ said Dakin. ‘Those aren’t your own opinions or words. They’re picked up from newspapers and casual talk, and the wireless. There are two divergent points of view dominating different parts of the world, that is true enough. And they are represented loosely in the public mind as “Russia and the Communists” and “America”. Now the only hope for the future, Victoria, lies in peace, in production, in constructive activities and not destructive ones.

Therefore everything depends on those who hold those two divergent viewpoints, either agreeing to differ and each contenting themselves with their respective spheres of activity, or else finding a mutual basis for agreement, or at least toleration. Instead of that, the opposite is happening, a wedge is being driven in the whole time to force two mutually suspicious groups farther and farther apart. Certain things led one or two people to believe that this activity comes from a third party or group working under cover and so far absolutely unsuspected by the world at large. Whenever there is a chance of agreement being reached or any sign of dispersal of suspicion, some incident occurs to plunge one side back in distrust, or the other side into definite hysterical fear.

The central character/heroine Victoria Jones, who turns out to be a superb detective, never appears in another Christie novel. In tone and theme this novel is reminiscent of those that featured Tommy and Tuppence. It also reflects a theme that appears elsewhere, the idea of an evil force that is controlling world events.

As Wikipedia says "The book was inspired by Christie's own trips to Baghdad with her second husband, archaeologist Max Mallowan, and is also one of few Christie novels belonging to the action and spy drama genres.."

It is very clear that much of the description of the journey to Baghdad and what happens on an archaeological dig comes from Christie's own experience. In this e-version of THEY CAME TO BAGHDAD we also have a segment from Christie's Autobiography, begun in 1950 when she was in Iraq.

I don't think this is one of Christie's best . The tone is probably closer to the novels of the 20s and 30s, and there was a little too much melodrama and romance in it for my taste. But it reminds us how anxious people must have been in 1950.
My rating: 4.2

Kerrie - I agree with you that this isn't one of Christie's best and for exactly the reasons you point out. But yes, it conveys quite effectively the paranoia of the times.

This happens to be one of my favourite of Christie's books (if I had to choose). I like how she displays the paranoia. My parents were removed during WWII from their home land and my dad would often comment on how relaxed we here in the west are about security. And then we are shocked at the "spies". I'll be dating myself if I say I quite remember the "Russians are coming, the Russians are coming?" It really was a serious issue. Sorry that this book was a disappointment to you.

I love reviews of forgotten books - they are essential to maintain and so, so interesting. Analysing the reasons why they are not an author's best-known work can be fascinating.

This is one of my favourites - I wish Victoria had appeared again. She is so quirky, and I loved the archaeological bits. Thanks for remining me about it - I must re-read!

I love this book, Kerrie. I'm so sorry you didn't. I've lost count of how many times I've re-read this simply because the 'adventure' aspect of it gets me every time.

I usually read this one and then THE MAN IN THE BROWN SUIT which tie up together in my mind. Though they really don't except for the young and plucky girl detective. :)

Just a smiling visitor here to share the love

Outstanding read, I just passed this onto a colleague who was doing a little investigation on that.


Do you mind if I quote a couple of your articles as long as I provide credit and sources back to your site?