I spent over half of this month away from home so almost all my reading was done on my Kindle.
No Australian authors unfortunately but 5 translated ones (T) and I finished off the Canadian Book Challenge for 2011-2012 (C) 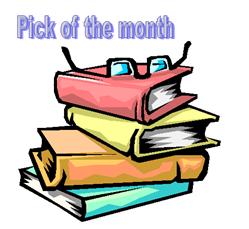 My Pick of the Month was THE QUARRY by Johan Theorin which I gave 5 to, but  BEFORE THE POISON by Peter Robinson was a very close second.

THE QUARRY is #3 in Theorin's seasonal quartet set on the island of Oland off the east coast of Sweden, connected to #1, ECHOES FROM THE DEAD, by the elderly character Gerloff Davidsson. In his mid 80s Gerloff decides that he must get away from the retirement home he is living in, and goes back to his summer cottage in Stenvik which is located near a quarry.
Two new houses have been built there since he last visited and the only other nearby resident is Per Morner who has inherited an old stone mason's cottage.

Theorin weaves a fascinating story that binds the residents together. One of the new houses is owned  by a writer whose wife lived nearby when she was a child. Little by little Theorin reveals that there are connections between these people that actually go back decades. And in the background is the constant quarrel between the elves and the trolls, and the coming of Walpurgis Night when the dark powers gather together.

Check what others have selected as their Pick of the Month for June.

Kerrie - Looks like you had some good reads this month. I'm glad you enjoyed most of them. :-)