Review: THE WAY THROUGH THE WOODS, Colin Dexter - audio book 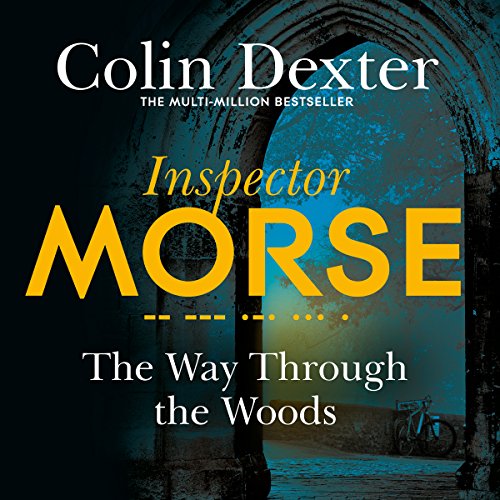 Quietly, rather movingly, Strange was making his plea: 'Christ knows why, Lewis, but Morse will always put himself out for you.' As he put the phone down, Lewis knew that Strange had been right...in the case of the Swedish Maiden, the pair of them were in business again....

On holiday in Lyme Regis, Chief Inspector Morse is startled to read a tantalising article in The Times about the missing woman. An article which lures him back to Wytham Woods near Oxford...and straight into the most extraordinary murder investigation of his career.

This series, so skilfully narrated by Samuel West, just gets better and better.

The novels really are "academic" crime fiction. The plots are never straight forward, and the actual plots do differ a little from the television series. And, as I've said before, Morse is a little different in a number of ways from the character that John Thaw created for television.

Morse is presented warts and all, at times adamantly sure he is correct when he is absolutely wrong. He is a womaniser, definitely a bachelor, not particularly healthy.

I remembered the basic plot of this book but that didn't reduce my enjoyment of it.

If you want a reading project for 2020 then you could do worse than reading the Morse series from beginning to end, either in print, or as an audio. I have added the complete list for you at the bottom of this post. My recommendation is to read them in order.

BTW this is the one where Max the pathologist is replaced by Laura Hobson after Max dies from a  massive heart attack.