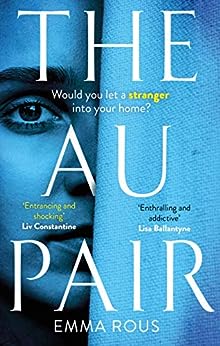 Seraphine Mayes and her brother Danny are the first set of twins to be born at Summerbourne House. But on the day they were born their mother threw herself to her death, their au pair fled, and the village thrilled with whispers of a stolen baby.

Now twenty-five, and mourning the recent death of her father, Seraphine uncovers a family photograph taken on the day the twins were born featuring both parents posing with just one baby. Seraphine soon becomes fixated with the notion that she and Danny might not be twins after all, that she wasn't the baby born that day and that there was more to her mother's death than she has ever been told...

Why did their beloved au pair flee that day?
Where is she now?
Does she hold the key to what really happened?

Seraphine and Danny's father has recently died from falling off a ladder and now who will inherit Summerbourne House hangs in the balance. The decision is in the hands of Vera, Seraphine's maternal grandmother.

In her father's possessions Seraphine finds a photo of her mother holding a baby, looking happy, just hours before she jumped over the cliff to her death. But which baby is it? Why is there only one baby in the photo?  Seraphine and Danny are twins although she was born first.

Seraphine is gripped with a passion to know who she really is. Is she the baby in the photo? She needs to find the au pair who was there at her birth. But someone does not want her to find out the truth.

An interesting read but I think the author was confronted with an almost impossible problem at the end which I am not sure she resolved all that well.

About the author
Emma grew up in England, Indonesia, Kuwait, Portugal and Fiji, and from a young age she had two ambitions: to write stories, and to look after animals. She studied veterinary medicine and zoology at the University of Cambridge, then worked as a small animal veterinary surgeon for eighteen years before switching to full time writing in 2016. Emma lives in Cambridgeshire, England, with her husband and three sons.

The Au Pair is her first novel. It will be published in ten countries, in nine languages. She is currently writing her second book.