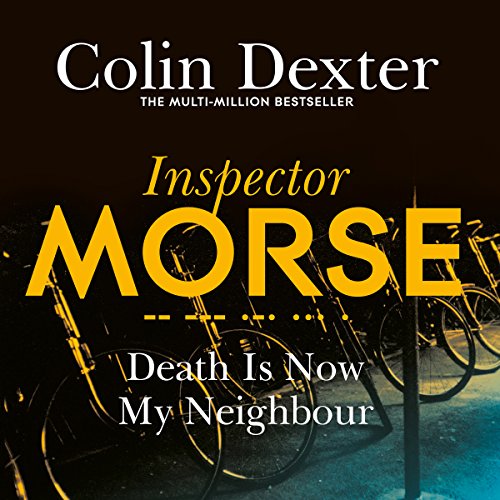 As he drove his chief down to Kidlington, Lewis returned the conversation to where it had begun.

'You haven't told me what you think about this fellow Owens - the dead woman's next-door neighbour.'


The murder of a young woman... A cryptic 17th-century love poem... And a photograph of a mystery grey-haired man...

More than enough to set Chief Inspector E. Morse on the trail of a killer.

And it's a trail that leads him to Lonsdale College, where the contest between Julian Storrs and Dr Denis Cornford for the coveted position of Master is hotting up.

But then Morse faces a greater, far more personal crisis...

Yet another in this wonderful series, superbly narrated by Samuel West.

Morse and Chief Superintendent Strange are coming up to retirement, and Morse is beginning to pay the penalty for his drinking in particular, so in this novel he has a medical emergency and the diagnosis of diabetes. But underneath it all, he is still the old Morse, and he and Lewis have a very credible relationship.

If I haven't convinced you yet of how good this series is, how well plotted these novels are, how well Samuel West narrates them, then I guess I never will. But it is not too late to start if you are looking for good quality crime fiction audio.

And for me, just one book to go in the series, but I won't be tackling it for another month or so.