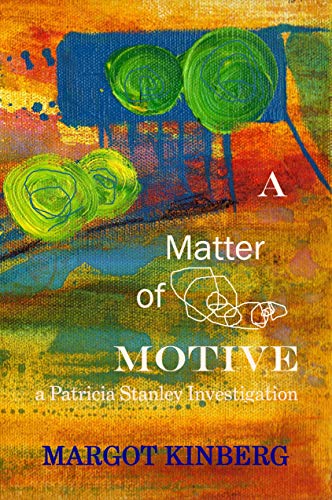 A man is dead in his car, slumped over the steering wheel. But who killed him? Ron Clemons is the last person you’d think would be murdered. His wife and son love him. His employees respect him. His business is doing well. His clients seek him out. But someone wanted him dead.

The Clemons case is a golden opportunity for newly minted police detective Patricia Stanley to prove herself. It’s her first murder investigation, and she wants to do well. But it’s not going to be easy. For one thing, she has plenty to learn about handling a murder. And nearly everyone involved in this one is hiding something. Patricia faces her own challenges, too, as the investigation brings back the murder of an old love.

A police procedural with two rookie detectives being trained in acceptable techniques by their new boss. The book title poses the question that the reader asks constantly: who profited by the death from digitoxin poisoning of Ron Clemons, successful publicist? I must confess that I solved the "who" about half way through the book, bit was a little astray on the "why".

It was a satisfyingly complex plot though, and it kept me engaged.
Apparently the beginning of a new series, and I look forward to the next.