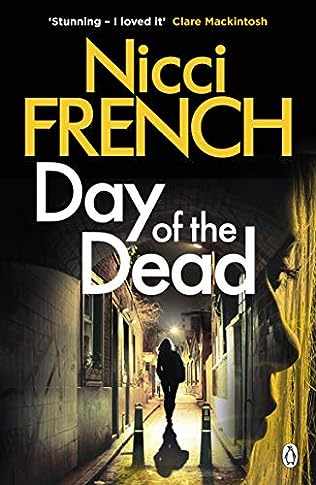 Now the final book in this extraordinary series is here. And it's an ending you'll never forget.

A decade ago, psychologist Frieda Klein was sucked into the orbit of Dean Reeve - a killer able to impersonate almost anyone, a man who can disappear without a trace, a psychopath obsessed with Frieda herself.

In the years since, Frieda has worked with - and sometimes against - the London police in solving their most baffling cases. But now she's in hiding, driven to isolation by Reeve. When a series of murders announces his return, Frieda must emerge from the shadows to confront her nemesis. And it's a showdown she might not survive.

Criminology student Lola Hayes has tracked Frieda down with a single-minded pursuit: she wants to delve inside the mind of a woman besieged by darkness. But in following every move Frieda makes, Lola is exposing herself to the same terrors - and the same twisted fixation of a diabolical psychopath.

This gripping cat-and-mouse thriller pits one of the most fascinating characters in contemporary fiction against an enemy like none other. Smart, sophisticated, and spellbinding, it's a book that will leave you breathless.

Frieda is determined to bring her relationship with Dean Reeve to an end. For 8 years he has been tracking her, invading her home, involving her in his crimes. Now she has had enough and she is determined to meet him and bring it all to an end. But will she survive?

She has deliberately gone into hiding and so criminology student Lola Hayes, who wants to base her dissertation on Frieda, finds her incredibly hard to track.And when she does, Dean brings her into his "sphere of influence" and so Lola joins Frieda on the run.

Dean leaves bodies all over London and Frieda tries to predict where the next one will be found. But then she realises that Lola is in touch with Dean.

It is always a bit sad when a series comes to an end, but I think it was time.