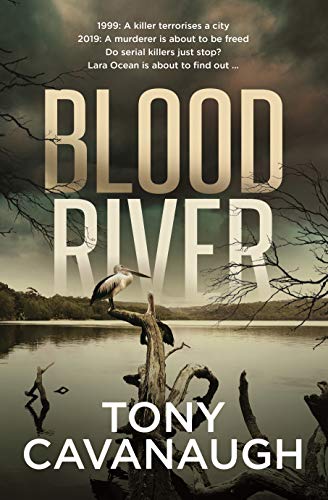 Brisbane 1999. It's hot. Stormy. Dangerous. The waters of the Brisbane River are rising.
The rains won't stop. People's nerves are on edge. And then...
A body is found.
And then another.
And another.
A string of seemingly ritualized but gruesome murders. All the victims are men. Affluent. Guys with nice houses, wives and kids at private schools. All have had their throats cut.
Tabloid headlines shout, THE VAMPIRE KILLER STRIKES AGAIN!

Detective Sergeant Lara Ocean knows the look. The 'my-life-will-never-be-the-same-again look'. She's seen it too many times on too many faces. Telling a wife her husband won't be coming home. Ever again. Telling her the brutal way he was murdered. That's a look you never get used to.

Telling a mother you need her daughter to come to the station for questioning. That's another look she doesn't want to see again.

And looking into the eyes of a killer, yet doubting you've got it right. That's the worst look of all - the one you see in the mirror. Get it right, you're a hero and the city is a safer place. Get it wrong and you destroy a life. And a killer remains free. Twenty years down the track, Lara Ocean will know the truth.

I thought this was such a cleverly constructed novel with themes that resonated in the Australian setting: Queensland weather, rise of the Brisbane river and flooding of the city, corruption in the Queensland police force, corruption in government, the glass ceiling both for women and for women of mixed race.

A culture of corruption leads to the decision to look for a quick resolution and conviction in the Vampire Slayer case. The story begins on the eve of 2YK, with 3 seemingly ritualised killings of middle-aged men, and the tracking down of the killer on the basis of what other teenagers and her teacher said about her. The culprit is quickly brought to trial, and sentenced to life amid public jubilation.

The plot directions often took me by surprise. I certainly hadn't expected the plot to cover 20 years, nor had I expected Billy Waterson to become essentially a "reformed" character. I thought it got under the skin of the main characters, and it kept my interest throughout.