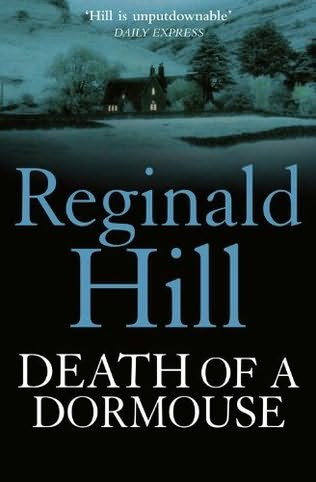 Published in 1987, Reginald Hill writing as Patrick Ruell. I listened to this book as a complete and unabridged mp3 from ISIS Audio Books. Read by Di Langford.

In many ways this is, I suspect, a forgotten book.

Trudi Adamson has recently returned to England from the continent with her husband. She really has not much idea of what her husband Trent does for a living. Her life has always revolved around his. So when Trent is burnt to death in a freak car accident, Trudi is completely unprepared for what she will learn about his life.
She has recently re-connected with an old friend Janet, who becomes a real lifeline, getting Trudi back on her feet just when an overdose seems a good way out.
Trudi seems to have been left unprovided for, although Trent had always seemed to be well off. It is a shock to learn that Trent had recently resigned from his job without telling her. So is the arrival on her doorstep of an Austrian policeman who wants her help in nailing down the details of some of the criminal activities Trent was apparently involved in.

This seemed a very long book, so I was surprised to see that the running time is approximately 9 hours 30 mins. The illusion of great length was added to by the fact that the book is divided into 10 sections each with a number of chapters. Each section is preceded by a quote from Robbie Burns' poem "To a Mouse". These extracts emphasised the dormouse-like role that Trudi had played in her marriage to Trent.

I kept thinking as I listened that this was a different Reginald Hill from the one I know through the Dalziel & Pascoe series. I had decided that it was an early book, written more in the style of a thriller, almost cold war style, in the vein of authors like Helen MacInnes, whose books I read avidly back in the 1970s. DEATH OF A DORMOUSE is a thriller, where poor Trudi Adamson is faced with one revelation after another, and the bounds of credibility are strained almost to bursting.

But I hadn't guessed that this was originally written by Hill using a pseudonym, this time Patrick Ruell.
As Ruell he has written
For me DEATH OF A DORMOUSE is an older style that we rarely see in new crime fiction. But it has elements of the modern Reginald Hill about it. There is the business of the quotes from Burns. They remind me a bit of what happens in Hill's tribute to Jane Austen, A CURE FOR ALL DISEASES, and indeed in other Dalziel & Pascoe novels. Trent Adamson collected first editions of George Orwell novels, and so there are some mind games related to Orwell's "real name" (you know what that was don't you?) and the number 1984.

Did I enjoy this shadow of past styles? Well yes, I did. I've given it a rating of 4.3.

By the way, Reginald Hill has also written as Dick Morland and Charles Underhill, but I've never come across any of those books. Have you?

I read The Spy´s Wife a few years ago. It is probably also a forgotten Reginald Hill, and I am not going to do a lot to revive it. It is seen from the point of view of a woman whose spy husband disappears. Not exciting at all, and I suspect it should be funny, but I really didn´t get the joke.

Hello , i created a brand new forum for any kind of mysteries .
Please take a look : http://mysteries.findtalk.net/index.htm
And there is a section for crime books mysteries.
I can add very suitable new forums if you like to fit your needs there.
I need more members and you are good author !

THE SPY'S WIFE sounds like an exploration of the same theme Dorte. He wrote it as Reginald Hill in 1980