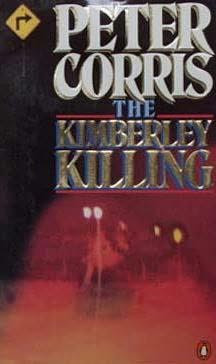 This week's contribution to Pattinase's Friday's Forgotten Books comes from my records of 1990.

Peter Corris has been called the Godfather of Australian Crime Fiction, mainly for his long running Cliff Hardy novels, although also for his nominations for Australia's Ned Kelly Awards.

Plot synopsis
A blood test after a car accident starts Ray 'Creepy' Crawley and offsider Huck on their latest investigation. As the trial continues, the men realize they are dealing with some very powerful forces. 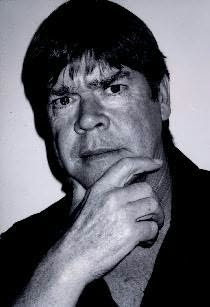 Peter Corris was born in country Victoria and educated at Melbourne High School and the University of Melbourne. After taking a Master's degree at Monash University and a PhD (both in history) at the ANU, he worked as an academic at several universities before turning to journalism. He was Literary Editor of The National Times from 1980-1 and has been a professional writer for 30 years. He is best known for his books about Sydney private detective Cliff Hardy. He has also published spy novels, historical novels, a collection of stories about golf as well as editing anthologies about golf and boxing and co-writing autobiographies, notably of the late Professor Fred Hollows. He is married to writer Jean Bedford; they live on the Illawarra coast in NSW Wales and have three daughters.

Kerrie - Oh, this does sound interesting! I'd heard of Corris' Cliff Hardy series, but not this one. I should see if I can find some of his Ray Crawleys...

I'm familiar with Arthur Upfield's Napoleon Bonaparte Australian mysteries, but not these. Off I go on another search... Very good review!