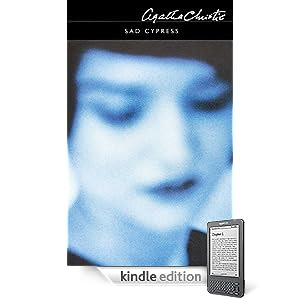 Beautiful, young Elinor Carlisle stands serenely in the dock accused of the murder of Mary Gerrard, her rival in love. The evidence is damning: only Elinor had the motive, the opportunity and the means to administer the fatal poison. Yet, inside the hostile courtroom, one man still presumes Elinor is innocent until proven guilty; Hercule Poirot is all that stands between Elinor and the gallows...
First published in 1940, the title was taken from the song in Shakespeare's Twelfth Night and is printed at the beginning of the novel.  It was adapted for television in 2003.

This was an unusual case because on the face of it the charges of murder against Elinor Carlisle were supported by irrefutable evidence.

Hercule Poirot is brought into the case by Dr. Lord who is actually being called as a witness for the prosecution. He however has fallen in love with Elinore and believes she is innocent.

Hercule Poirot is amazed by the fact that everyone he talks to tells him lies. Some are just small lies and he can understand why the person has lied. But then he comes across a lie that seems unnecessary. The other thing that prompts his involvement is that he becomes convinced that the truth lies not in what he knows about Elinor Carlisle, but in what he does not know about Mary Gerrard.

SAD CYPRESS really has a very clever and intriguing plot. I liked also the way the reader gets to see things from Elinor's point of view, and is privy to her thoughts.

Kerrie - Thanks, as ever, for this review. I'm so glad you brought up the way Christie shows us what Elinor is thinking and how she perceives what happens. I found that aspect of the book especially compelling during the courtroom scenes. I also liked the way we see Mary Gerrard's character unfold through what people say about her.

This is a Christie book that is always thought of as one of her best. I suppose it is but it has never been one of mine. I mean, I like it, I've read it several times, but...However, great review. It reminded me I haven't read the book in years.

I do remember liking Mary Gerrard and wishing she hadn't been bumped off. Maybe that's what turned me against the book.