Yesterday was the Barossa Band Festival and Enfield Brass not only won their C grade section, but also the street march, and the best drum major trophy. 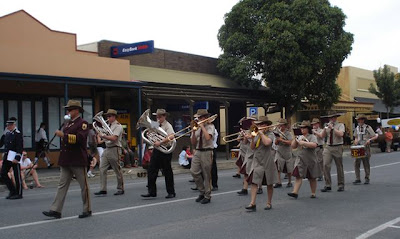 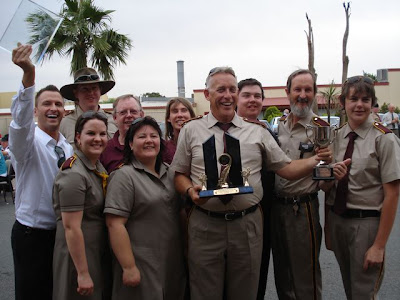 This is the same band that will appear in the Adelaide Christmas pageant in a couple of weeks' time and plays as the Klemzig Oompah Band at the Schuetzenfest in January every year. A versatile band that contains 3 generations of the Magin family, and my husband, younger daughter, and her husband. 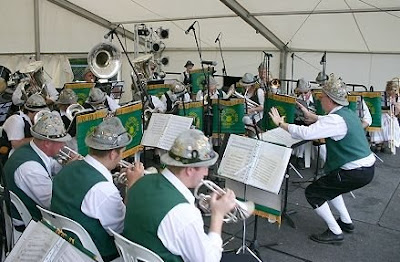 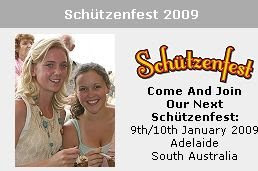 Now you and I might have some mutual acquaintances! I've known some brass bandsmen (and women) over the years because of my association with The Salvation Army.


Now Schutzenfest is one thing that I do think is pretty much uniquely Adelaide. I don't so much remember getting completely schitzenfaced there, but I remember a lot of my friends doing so! Where do they hold the event now? I used to go when they still held it up in Hahndorf, but it's been moved to the city now hasn't it?

It is held in Bonython Park now Marg, in the parklands behind the police barracks, where the circuses often are. Usually dry and dusty, not a lot of shelter from the sun

Oh yes, I used to play netball there, just opposite the Coke factory. The cement is still there but all the netball rings, and the building is gone now.