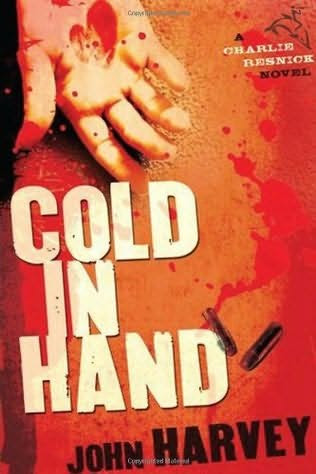 Detective Inspector Lynn Kellogg is on her way home from a hostage negotiation when she sees a crowd of youths, many of them wearing hoodies, gathered in a rough circle that spreads out across the street. After quickly calling into Control to request backup, Lynn runs towards the crowd. She intervenes in a knife fight between two girls, and as she stops the fight, someone from retreating crowd fires two shots. The first shot strikes Lynn in the chest, and the second takes one of the girls in the neck. Because Lynn is still wearing her flak jacket from the earlier incident she is only bruised, but the girl dies.

DI Lynn Kellogg is DI Charlie Resnick's live-in partner. Resnick is close to retirement. Despite a possible conflict of interest, Detective Superintendent Bill Berry chooses Resnick as his "bagman", second in command, in the investigation into the shooting. Feelings in the community are running high, especially as the dead girl's father is saying that Lynn used his daughter as a human shield.

Lynn Kellogg has been heading another investigation: that of the murder of one of the girls in a sauna and massage parlour in one of the older and seedier streets of Nottingham. Most of the female workers and the owner are from Eastern Europe. One of the girls agrees to give evidence, but as the Nottingham police put their case together, it appears there may be connections with international gunrunning and people trafficking. SOCA - the Serious and Organised Crime Agency - takes an interest, and that's when things begin to go wrong.

In retrospect, the thing that strikes you about DEAD IN HAND is how meticulously it is constructed. Although this is the 11th title in the Resnick series, it is the first for ten years. More recently Resnick has made cameo appearances in Harvey's Frank Elder series, mainly as mentor to Frank who has already retired. In the ten years that have elapsed since the publication of LAST RIGHTS (1998), a lot has happened in the life of Charlie Resnick, and so Harvey has almost a blank canvas to deal with. Whatever most of us knew about Charlie Resnick, assuming we followed the first ten books, we have forgotten, and so Harvey builds for us a broad canvas: not just the current cases that Charlie and Lynn are involved in, but the development of their relationship, and how Charlie is feeling about the prospect of retirement. Under the broad brush strokes are detailed scenarios, lending a sense of real authenticity. The interesting thing about Harvey's revival of Resnick is that firstly it is something for which his readers have been clamouring some time, but secondly you don't feel that you should have read the books in order.

COLD IN HAND is divided into two parts, and at the very beginning of Part Two we meet a character whom I hope we see more of in the future: Detective Chief Inspector Karen Shields, six foot tall, unmistakeably of Jamaican background. She is an excellent example of Harvey's ability to show us the new face of policing in Britain, the perfect foil to Resnick who really represents what policing used to be. More than one policeman in COLD IN HAND is worried by what is happening on the city streets. The picture that Harvey creates is gloomy.

In 2004 Harvey won a Silver Dagger for Best Novel for FLESH AND BLOOD and in 2007 a Diamond Dagger 'lifetime achievement' award. In October 2008 he will be International Guest of Honor at Bouchercon 2008.

Very good review, Kerrie. I very much enjoyed this book, though thought it sad. And rather cynical about life in Britain today - the police and the public seemed to have little respect for each other, lots of prejudices on all sides. I hope it isn't all like that on the "mean streets".

It was sad Maxine, for reasons too that I couldn't mention in the review, but you know which bit I mean. Poor Charlie!