My contribution to the letter T in the crime fiction alphabet.
Another one of these reviews I wrote nearly 3 years ago, and published elsewhere. This is published for the first time on my blog.

FBI Agent Bernadette Saint Clare has many distinguishing features. At first sight she is a small person with a superficial resemblance to Mia Farrow. Then, if she discards her sunglasses, you notice she has devil's eyes, each eye a different colour. Bernadette's success as an FBI Agent, however, owes much to her "hidden" gift: an ability to see through the eyes of a criminal while holding an object the person has held.

The FBI finds Bernadette something of an embarrassment. Sceptics discount her gift altogether. She does have a tendency to follow prompts which her colleagues can't see or hear. Despite investigative successes resulting directly from Bernadette's "sight", she has been moved on through a succession of postings, finally to Shreveport, Minnesota.

A dog returning from an exploring trip to a nearby river brings his young master a rather gruesome trophy - a human hand. And so Bernadette Saint Clair begins her new posting with a new boss. Tony Garcia is a little different to her previous bosses; he wants to see where Bernadette's "gift" will take them. When a male body is found in the locality without a hand, it is Bernadette who alerts them to the fact that the hand the dog found is female. 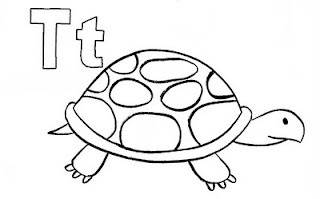 BLIND SIGHT is Terri Person's debut novel, and it is fairly obvious it won't be her last. The action comes thick and fast. Bernadette's character has considerable potential. It did seem to me that Persons has not totally decided on the boundaries of Saint Clare's "gift". There are some inconsistencies in how her "sights" occur and some extensions to the character that made me feel uncomfortable. However the depth of her character more than compensates.

Kerrie - Sounds really interesting! Thanks for this review. Terri Parsons isn't an author I know, so it seems it's time for me to do some more adding to my TBR list : ).