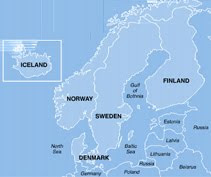 I couldn't resist this challenge being run by The Black Sheep Dances.

The challenge as I understand it is to read 6 books set in Scandinavia from March 1 to the end of 2010.

My list will all be crime fiction.
Here is what I have read so far.
Planning to read HYPOTHERMIA by Arnaldur Indridason - Iceland. 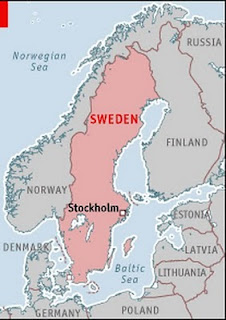 I'm open to suggestions about what else to tackle. 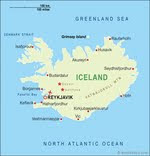 Kerrie I have those three books [The Water's Edge read, The Man from Beijing reading now] on my six Scandinavian or should it be Nordic list as well.
I am adding The Snowman- Jo Nesbo [already read], The Last Fix-K.O.Dahl, and The Stone-cutter- Camilla Lackberg to finish.
I expect several of these books to be on the CWA International Dagger shortlist to be announced at Crime Fest next month, which unfortunately I will not be able to attend this year as I have become weak at the knees.

I've been following your blog for awhile but have never posted here.
I've just finished Hypothermia (and was it ever good). I'll be adding Sun Storm (Asa Larsson), The Torso (Helene Tursten), The Darkest Room (Johann Theorin), The Bomber (Liza Marklund) and Girl Who Kicked the Hornet's Nest (Larsson) for my share of the challenge.

What is it about these books that makes them so appealing to such a wide readership?! I'm so often not interested in 'new' books, but I love everything I've read so far from Scandinavia. I just wrote about Jar City by Arnaldur Indridason, and it was fantastic. I've also read two Mankell books, the first two in the Wallander series. I have several other Scandinavian authors on my shelves.

Great blog! So glad you joined the Challenge! Send me your links of reviews if you have time, otherwise I will try and track back from my blog so that readers can see your input on the SRC titles.

One could say that we also share the language though Swedish is a bit harder for me to read than Norwegian. But five-year-old children from Scandinavia are usually able to communicate if they want to. That was part of the attraction of going to Norway and Sweden when I was a child. It felt a little bit exotic, but you could get along in the playground.