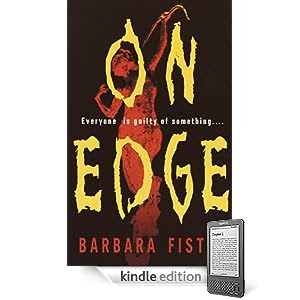 Konstantin Slovo knows his way through the dark. He knows what it’s like to live on the edge--of tragedy, of sanity, of humanity. A Chicago cop, Slovo’s own life had come violently apart with the shooting death of his partner. Here on the picture-perfect Maine coast, he thought he could outrun his past. But amid the crying of gulls, he has found something even worse.

Twenty years ago in Brimsport, Maine, police investigated a ring of sexual predators--and left behind a town seething in secrets and rage. Now children are disappearing from Brimsport--in ways that buckle the knees of hardened investigators...and plunge the town back into a nightmare. Now Slovo, a man who’s already seen too much, must peer into the darkness of a town torn apart by fear...to glimpse the secrets in the shadows--the glitter in a killer’s eyes.


Fister seems to be exploring several ideas in this, her debut novel. In particular some are connected with the nature of paedophilia: a commonly accepted one that those who are victims as children become predators in adult life; that it is relatively easy to get children to "confess" to being victims of adult predations where the acts exist only in the minds of the accusers; that there are others who feed off the hype that surrounds these public witch hunts.

ON EDGE is not a novel for the faint-hearted. There is some graphic description of what happened to the child victims, and also of what was done to Slovo by those who irrationally assumed he was the predator they were hunting.

The sense of hysteria that grips the small town of  Brimsport when the fourth child disappears and the count down for his survival begins is particularly well done. I must also confess that I had the wrong person in mind.

Read an excerpt on the author's site.

Thanks for this review, which I have only skimmed because I have this book on my shelf to read. I enjoyed her earlier novel, In The Wind.

Kerrie - Thanks for this review. I've been wondering what this one was like, so I'm glad you thought it was well-written. I'm going to have to seek it out...

Maxine, this is her first novel. published back in 2002 and then re-published for Kindle