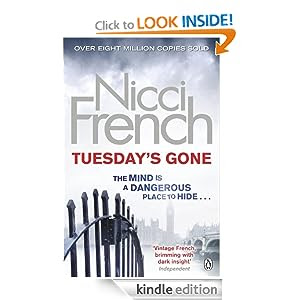 For Frieda Klein the days get longer, the cases darker . . .

Psychotherapist Frieda Klein thought she was done with the police. But once more DCI Karlsson is knocking at her door.

A man's decomposed body has been found in the flat of Michelle Doyce, a woman trapped in a world of strange mental disorder. The police don't know who it is, how he got there or what happened - and Michelle can't tell them. But Karlsson hopes Frieda can get access to the truths buried beneath her confusion.

Painstakingly, Frieda uncovers a possible identity for the corpse: Robert Poole, a jack of all trades and master conman. But the deeper Frieda and Karlsson dig into Poole's past, the more of his victims they encounter - and the more motives they find for murder. Meanwhile, violent ghosts from Frieda's own past are returning to threaten her.

Unable to discover quite who is telling the truth and who is lying, they know they are getting closer to a killer. But whoever murdered Poole is determined to stay free - and anyone that gets too close will meet the same fate.

A gritty heroine, a gruesome crime and a terrifying hunt for a psychotic killer, Tuesday's Gone is not to be missed by fans of psychological thrillers.

TUESDAY'S GONE is connected to the earlier novel BLUE MONDAY  not just by Frieda Klein as the central character but by unfinished business that keeps cropping up, particularly the disappearance of Alan Dekker.

Chapter One begins on Tuesday. The main story is that of Michelle Doyce, discovered by her social worker sitting on a sofa in her small flat next to a naked man who has obviously been dead for some time. A good deal of the plot is concerned with identifying this man and working out whether Michelle actually killed him.

But there are a number of mini plots too adding to the complexity of the novel and making it a satisfying read. Freda's character gains more substance. A very readable novel with some intriguing plot lines, some of which carry over into the next in the series, WAITING FOR WEDNESDAY to be published in 2013.

Kerrie - I'm glad you liked this one. I like the way 'Nicci French' draws characters and builds suspense and I'm glad it worked for you here.

I enjoyed this one too and thought it was better than Blue Monday but I think people would struggle if they didn't read that first.

I forgot this was a series, sigh, another I am falling behind on.