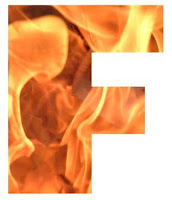 This book review was first published elsewhere at the time of writing and is being re-published here.

I am using it as my contribution to Crime Fiction Alphabet meme for the Letter F.

John Wells is a mole, a CIA agent who has been under cover in Afghanistan infiltrating al Qaeda for five years. He is sent back to America by al Qaeda, not knowing what his mission there will be, but sure that he has one. During his time in Afghanistan John converted to Islam and has taken the name Jalal. He feels that he has earned the trust of the upper echelon of al Qaeda. However, his conversion is not just lip-service. This story goes right to the heart of what the CIA must fear most - a double agent whose loyalties are no longer known or are perhaps compromised. John gave no warnings of the 9/11 attack. The CIA feel that they can no longer trust him but don't realise that John is the very key to a terrorist attack that 'intelligence' tells them is about to happen. When John returns to the United States to pick up his life he finds that few threads remain: his wife didn't wait for him, his son doesn't know he exists, and home is no longer home. However he has managed to keep in touch with Jennifer Exley, his former CIA handler and that contact is crucial to his survival.

THE FAITHFUL SPY feels like a mix of fact and fiction, the possible and the probable, interlaced with reality and grains of truth. The fight against terrorism and issues of homeland security were brought home to us recently by media reports of international terrorist plans by suicide bombers to blow up as many as ten American planes mid-flight between Britain and the United States. The plight of United Airlines Flight 919 described early in THE FAITHFUL SPY has the ring of reality, something the reader can accept as possible, perhaps even based on fact.

Strictly speaking this book is more of a thriller than a mystery. John Wells, a CIA agent who has been under cover in Afghanistan infiltrating al Qaeda for 5 years, is sent back to America by al Qaeda . He does not know what his mission there will be, but he is sure that he has one. In the time that he has been in Afghanistan John has converted to Islam and feels that he has earned the trust of the upper echelon of al Qaeda. This story goes right to the heart of what the CIA must fear most - a double agent whose loyalties are no longer known or are perhaps compromised. The CIA feel that they can no longer trust him but don't realise that John is the very key to a terrorist attack intelligence tells them is about to happen. Alex Berenson's first book. THE FAITHFUL SPY is a book that will strike a chord in the readers of the thriller genre. Eminently readable, there are passages that generate suspense, particularly as it builds to the climax revealed in the last pages. Towards the end a breathtaking twist takes the reader by surprise in its ingenuity, but you find yourself thinking, 'That could happen.' I am not generally a reader of thrillers, but there was enough mystery in this debut novel by Alex Berenson to keep me guessing almost to the end.

One of the things I did have a problem with was the constant use of acronyms, NSA, JTTF, whose meaning I didn't always remember. But don't let that put you off what is essentially a good story.

Alex Berenson writes from solid experience. After graduating from Yale University he was employed as a journalist by the New York Times, and was sent to Iraq to report on the occupation.

I am kind of exploring crime fiction related to terrorism. Thanks for posting this. I will definitely check it out!

This is a good example for why I started my blog - to force myself to write something meaningful about each book I read. Because I have read this book (and rated it a 3.50 but have zero recollection of it).

I am having lots of fun with these meme Kerrie but I might have to go AWOL for a few of the letters at the end of the alphabet as I didn't plan my one-word titles terribly well :)

Kerrie - Like you, I don't generally read a lot of spy thrillers. This one, though, sounds like a fascinating mix of thriller and mystery - worth checking out. Thanks!