Usually Around the Mark #5

If you follow this regular feature on my blog you will notice I've changed the tag line. The general idea behind it is that even the best authors, or your favourite ones, don't always achieve the same rating with the reader. I'm not sure that the new label conveys that either, but maybe it is getting closer. What do you think?
I guess what I'm trying to say is that these are authors that I will read even if the occasional offering doesn't hit the dizzy heights of excellence. They nearly always have something to offer.
The other element in my thinking is that sometimes the "difference" is in the reader. We don't always bring the same mindset to our reading, and so a book will not always please, even when by a favourite author.
And of course there is the difference between readers. My wine can taste like vinegar to you and vice versa.

My general benchmarks are

In this post I'm considering an author I have been reading since I read his debut novel WOBBLE TO DEATH in 1970: Peter Lovesey. 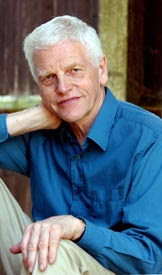 I have not read all of his novels, and completed an older one just last week, but Peter Lovesey is one of those authors I always find a reliable read, even if I my rating range from 4 to 5.
You'll find lots of references to Lovesey in this blog. In fact I identified him as one of my favourite authors in one of my very first posts.

And then there are 10 stand-alone titles
Peter Lovesey has been short-listed for a number of awards:
and won 2:
Check Lovesey's own site.

Kerrie - Your new title is, I think, closer to what you mean than the other. I'm happy for you that you've found something you like at least a little better.

Kerrie, "Usually Around the Mark" sound to me as if, thinking of the mark as perhaps the bulls-eye, these authors don't often hit it, and that is surely not what you mean, is it? Rather the opposite. Now, if you were to say, e.g., "Usually on the Mark", then I would think you were writing of authors who customarily produce books out of the top-drawer, but in your view occasionally slip.

May I just mention that you haven't quite done Lovesey justice re awards. He was, in fact, awarded the CWA Gold Dagger for The False Inspector Dew, and he got Silver Daggers for Waxwork, The Summons, and Bloodhounds (which also got the Barry). AND -- little fanfare here -- he got the Cartier Diamond Dagger for Lifetime's Contribution -- richly deserved. You've chosen another of the writers on my A+ list, Kerrie. I'm particularly fond of the Peter Diamond novels.

Thanks for the encouragement Margot.

I think you are correct Phillip - that title is better. And thanks for the updated information on Lovesey's awards!

I enjoy Lovesey's contemporary mysteries, whether with Peter Diamond or with Hen Mallin (I especially liked The Headhunters). I'm not a big fan of Lovesey's historical mysteries (but that may just be that I'm not a fan of historical mysteries at all regardless of the writer). I just finished Skeleton Hill and thought it was one of his best. I loved the way he brought all the threads together at the end--and I like the way he introduces information (about horse racing or civil war re-enactments) that imparts knowledge without being endless exposition. He's one of the best.