Crime Fiction Alphabet THE MASK OF ATREUS, A. J. Hartley

I'm taking this opportunity to re-publish a review originally published elsewhere, as part of the Crime Fiction Alphabet meme for the letter H.

There are really two beginning points for this thriller/mystery. In the dying days of World War Two, a German tank convoy escorting a truck is intercepted by an American platoon. In the skirmish that follows most of the Germans are killed and the rest flee leaving the truck behind. Inside the truck is a single crate stencilled with the German eagle and swastika. The contents of this crate are pivotal to the rest of the story.

THE MASK OF ATREUS then leaps to the present day. At 3 a.m. Deborah Miller, curator of a small private museum in Atlanta, Georgia, is awakened by the third strange phone call for the night. This one sends her hurrying back to the museum which she left just after midnight following a successful promotional evening. At the museum, in a room she did not even know existed, she finds the body of Richard Dixon, her mentor and the museum's founder and director. On the shelves around the room is a treasure trove of what seem to be genuine Mycenaean antiquities. 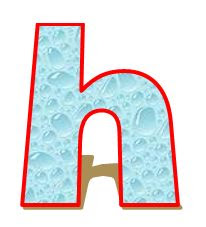 In THE MASK OF ATREUS the reader unravels the mystery through Deborah's eyes, travelling to Greece and Russia, patching together an incredible story. Deborah uses her curatorial skills to research, deduce and hypothesise, but she doesn't always get it right. Often in a quandary about who to trust, Deborah frequently feels that she is putting the pieces together the wrong way, perhaps even trying to solve the wrong puzzle. In true thriller style, her life is often in danger.

THE MASK OF ATREUS references three time planes: ancient Greece, the end of World War Two and today; and the author draws parallels between the Trojan Wars and more recent events. The mask of Atreus emerges with a symbolic meaning that has lived on beyond Mycenaean times. Archaeology, antiquities, and legends are threads that bind the action together.

THE MASK OF ATREUS is an intriguing debut novel by A. J. Hartley, an author who clearly knows his subject. The action moves apace, and the plot twists and turns, keeping the reader guessing. The characters are well drawn and Deborah Miller is particularly vivid. For readers who find the setting of this novel interesting the author has provided a postscript about the source material he used.

For me THE MASK OF ATREUS was a satisfying read, one where the threads of the story snap together in the final pages.

Review first published on Murder and Mayhem in April 2006.

THE MASK OF ATREUS was the first of a list of novels for British born writer A J Hartley:

Kerrie - This mystery really does sound intriguing!! It's so interesting when the author weaves together different time periods, as the Gears do in their Anasazi series. I'm going to have to look for this one.

This is something I would love to read!