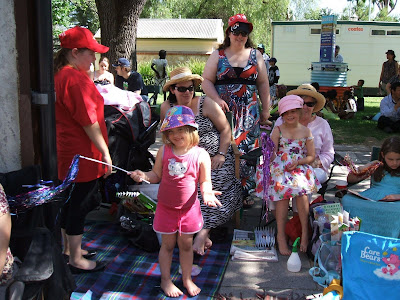 So, this morning was the Adelaide Christmas Pageant, Santa has come to town!
The temperature, a mere 35C+.

At 9.10 am we attempted to set a Guiness Record for the largest Mexican Wave along the 3.2km route of the pageant. Apparently we achieved the continuous wave, but numbers were a bit down because of the heat, and so the other part of the requirement fell short!

But all's well - Santa's here, so now the mad season can officially begin

Here are some photos. You'll have to excuse the arrangement (Blogger makes it really difficult to manipulate photos properly). Click on them for larger views.

BTW the running policeman is the Minister for Education, Jane Lomax-Smith. Check what she was last year. 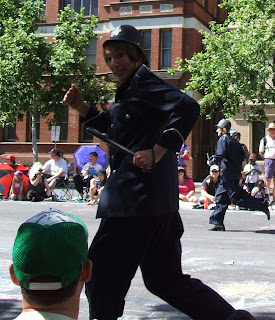 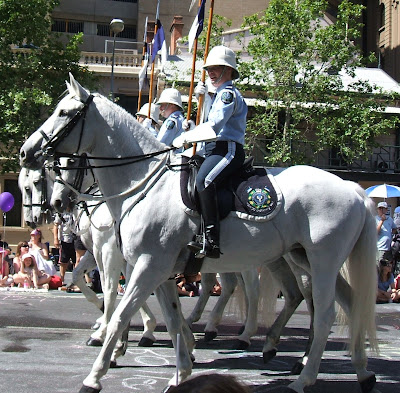 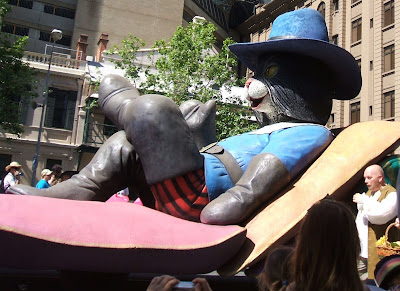 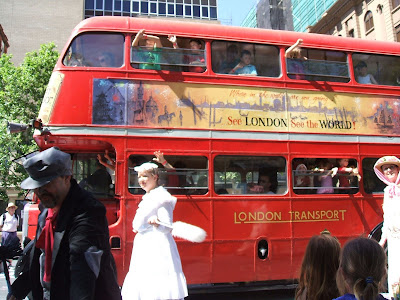 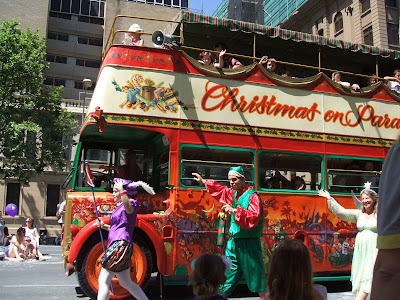 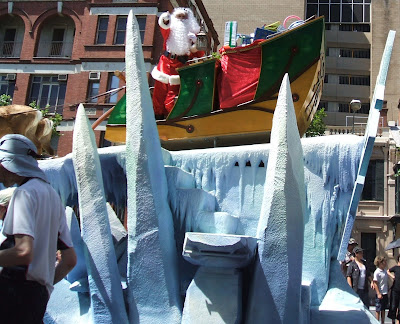 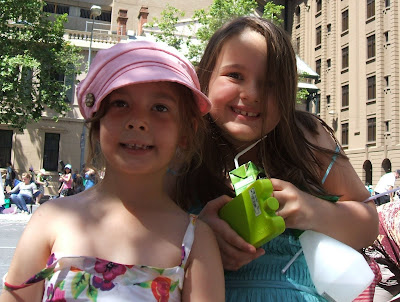 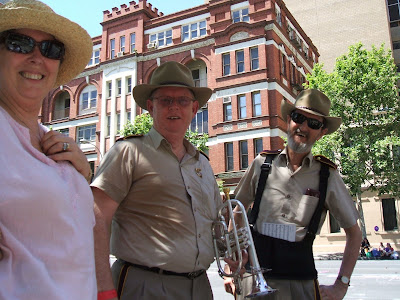 Kerrie - These are beautiful photos - thanks for sharing!! It looks like everyone had fun, despite the heat.

I can't imagine going to the pageant in that heat! Glad you enjoyed yourself regardless.

Santa in sunshine! Fantastic. wish I was there.

It's wild, wet and windy here - a gale blowing and lashings of rain.