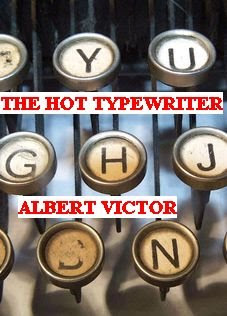 Phillip Ryan had wanted to be a journalist all of his life. He'd managed to get a job at the local rag right after leaving school . You know the sort - they are full of advertisements that pay the wages and the printing, and they are delivered free to all the local residents, most of whom don't want it, who then use it to wrap the veggie scraps in, clean the barbecue with, or as a firelighter.

Still Phillip felt, at 17, that he'd made a START. Occasionally the editor sent him out with a photographer to interview an old biddy who had the reputation of being a local witch, or at election time he got to trail around behind a fiery red-neck and had the pleasure of watching him being pelted with rotten eggs by some mean spirited citizens.

But now he was within days of his 21st birthday, and feeling that it was time to move on. There was nothing on the horizon, but he was keeping an eye out.

Occasionally a nutter would slip a message through the letter slot in the front door of the newspaper office. Usually the messages were awful and after causing a frisson of repulsion in the staff, quickly screwed up and binned. Usually the messages didn't come with photos. That's what made today's so interesting.
An urban legend blinks
The message was accompanied by a picture of the local park - but wait, wasn't that a body under the swings? Phillip's heart raced. At last - was this a real story?

This review was created for Weekly Geeks 2009-28.
It uses random words generated at Creativity Tools
Among the random words I had to include were witch, neck, and mean.
I also had to use a randomly generated phrase and a randomly generated sentence. I wonder if you can spot them?
Your task, dear reader, is to decide whether this is an authentic review for a real book, or simply a figment of my imagination.

My guess (since I haven't read your email yet): it's a fake, the random words are witch, eggs, and birthday. The random sentence is An urban legend blinks.

Can't wait to see if I'm even close! Thanks for playing. :-)

I'm voting for the fact that the review is a fake because I've not seen the title in that little box you have over there ----> which says what you're reading or about to read.

Of course you could have deliberately left it off but I'm still voting fake.

You don't say how many random words you had to incorporate but I think some of the random words are pedestrian, frission, repulsion, typewriter.

I love this task! I think yours is fake, but I love the way you have managed to find a cover for it!

I can't wait to see what everyone else comes up with - this is so much fun!

I like the way you've done this but I'm guessing it's a fake. I can't put my finger on it but something's telling me it might be :-) .

If it is fake, great job at the accompanying picture.

I really loved the review. I will definitely pick this book whenever it is written down!

I love this task so much! I'm with the rest on guessing yours is a fake, although "Phillip Ryan" kind of rings a bell...in any case, nicely played!

I'll go with fake as well:)

That's very well-written. Specially if it's a fake.

I'm guessing fake as well, because that clue is an awful lot like the sort of sentences you get from the generator. Also, Albert sounds too old-fashioned to be chosen as a pseudonym.

It's a shame if it is fake, because it sounds like a good story!

I have to admit that yours was one I read before attempting my own post of this - well done. I'm going to say that you wrote this yourself and that the sentence you had to use was "an urban legend blinks"

I'll go with fake too, and I think the title is your random phrase - random sentence wise, I'll go with the general consensus. But, I could totally see this book being on the shelves. I used to work for a peper like the one you describe... ;)

I'm very sad, because everyone seems to be saying it's a fake - so all I can say is, if you made this book up, I really hope you'll write it soon! It sounds like such an interesting story, and one that I'd grab off the shelves.