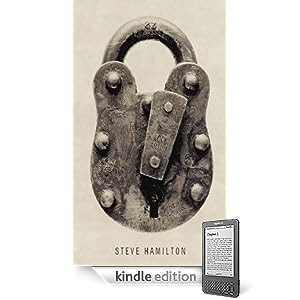 Product description (author's website)
I was the Miracle Boy, once upon a time. Later on, the Milford Mute. The Golden Boy. The Young Ghost. The Kid. The Boxman. The Lock Artist. That was all me.
But you can call me Mike.”

Marked by tragedy, traumatized at the age of eight, Michael, now eighteen, is no ordinary young man. Besides not uttering a single word in ten years, he discovers the one thing he can somehow do better than anyone else. Whether it’s a locked door without a key, a padlock with no combination, or even an 800-pound safe… he can open them all.

It’s an unforgivable talent. A talent that will make young Michael a hot commodity with the wrong people and, whether he likes it or not, push him ever closer to a life of crime. Until he finally sees his chance to escape, and with one desperate gamble risks everything to come back home to the only person he ever loved, and to unlock the secret that has kept him silent for so long.

The narrator of THE LOCK ARTIST is Michael, a boy without a voice. The "hook" in the opening lines is immediate.


You may remember me. Think back. The summer of 1990. I know that’s a while ago, but the wire services picked up the story and I was in every newspaper in the country. Even if you didn’t read the story, you probably heard about me. From one of your neighbors, somebody you worked with, or if you’re younger, from somebody at school. They called me “the Miracle Boy.” A few other names, too, names thought up by copy editors or newscasters trying to outdo one another. I saw “Boy Wonder” in one of the old clippings. “Terror Tyke,” that was another one, even though I was eight years old at the time. But it was the Miracle Boy that stuck.

We immediately want to know how Michael earnt those titles. And he spends most of THE LOCK ARTIST filling us in.


In the years since then, what happened? I grew up. I came to believe in love at first sight. I tried my hand at a few things, and if I was any good at it, that meant it had to be either totally useless or else totally against the law. That goes a long way toward explaining why I’m wearing this stylish orange jumpsuit right now, and why I’ve been wearing it every single day for the past nine years. ... in all the things I’ve done in the past years, there’s one particular thing I haven’t done. I haven’t spoken one single word out loud.

In this very one-sided conversation Michael tells us the story of his life.


So I cannot speak. I cannot make a sound. Here, though, on the page . . . it can be like we’re sitting together at a bar somewhere, just you and me, having a long talk. Yeah, I like that. You and me sitting at a bar, just talking. Or rather me talking and you listening.

I read THE LOCK ARTIST for my face-to-face book group, and Bernadette, another member of the group, reviewed it here.

I did find the structure of the novel challenging. The chapter titles are presented as 27 chapters over a 19 year period. Because Michael is not ready to tell us what happened to him when he was eight years old, the narration moves from a later time frame to an earlier one and then back to a later one, and the impression is that we are constantly darting backwards and forwards. In fact the time frame is much broader than the 21 years. In the early part I found myself going back to check the chapter headings trying to get the chronology correct in my mind. The fact that the reader is being constantly challenged to make these adjustments is probably part of the reason it becomes a satisfying read. Presenting events in chronological order would not have had the same impact.

THE LOCK ARTIST won the Edgar Award for Best Novel in 2010
An excerpt is available on Steve Hamilton's website.

I have previously reviewed Steve Hamilton's first stand-alone title NIGHT WORK
His first novel A COLD DAY IN PARADISE won the Private Eye Writers of America/St. Martin's Press Award for Best First Mystery by an Unpublished Writer. Once published, it went on to win the MWA Edgar and the PWA Shamus Awards for Best First Novel, and was short-listed for the Anthony and Barry Awards. In 2006 he won the Michigan Author Award.

Kerrie - Oh, how interesting! Thanks for this fine review of what sounds like a really intriguing book. I've read other reviews of it that also comment on what a great hook the book has, and it certainly sounds as though it does. The going back and forth in time can, indeed, be a challenge, and I've read other books that do that. I find that just a little jarring, too, but if the rest of the story is good, it's worth it...

I agree that the structure was good - creating much of the suspense. I'm afraid I didn't find the rest as compelling as you did, Michael as a character didn't grab me really - too cold and passive apart from the sections dealing with Amelia. Oh well, hopefully make for an interesting discussion at book club

This one looks strange and very interesting. I'm going to look for it.