Welcome the August 28, 2011 edition of the Book Review Blog Carnival.
Every other Sunday the carnival appears at a blog, somewhere in blogtopia.
The founder of the carnival is Clark Bjorke who blogs at I'll Never Forget the Day I Read a Book!

There are 26 contributions to this edition of the carnival and I encourage you to visit them and leave comments if you can.
Many thanks to all participants.

The next host is Colloquium who will be hosting the September 11 edition. 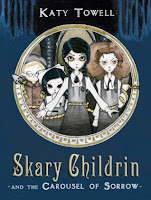 Jon Welling presents Review: Skary Childrin and the Carousel of Sorrow posted at Hippies, Beauty, and Books Oh My!.
"This was a delightful read and I would highly recommend it to any parent for their older children. It is fun, perfectly put together, and teaches great morals. I look forward to reading more from this author!"

Jim Murdoch presents The Good Muslim by Tahmima Anam ( posted at The Truth About Lies.
"At the end of a brutal civil war, a man stumbles upon an abandoned building and finds a young woman whose story will haunt him for years. Almost a decade later his sister returns home to find her brother transformed. While she has stuck to her revolutionary ideals, he has shunned his old life to become a charismatic religious leader. And when he decides to send his son to madrasa the conflict between them comes to a devastating climax. Set in Bangladesh at a time when religious fundamentalism is on the rise, The Good Muslim is an epic story about faith, family and the long shadow of war.

Lj Quillyn presents Review: Ghost Story by Jim Butcher | The Writing Life of LJ Quillyn posted at The Writing Life of LJ Quillyn.
"Dresden fans the world over have tuned in once again for the thirteenth installment of the Dresden Files:  Ghost Story.
This book was absolutely fantastic. I’ll have to admit my bias. I love the Dresden Files. Always have. There’s just something playful and wonderful about the way that Jim Butcher writes."

Zohar presents Thoughts on: Uncle Misha’s Partisans by Yuri Suhl posted at Man of la Book.
"“Uncle Misha’s Par­ti­sans” by Yuri Suhl is a fic­tional book fol­low­ing the adven­tures of a Ukrain­ian boy dur­ing World War II. The book is meant for young adults (YA) and should be read as such."

KerrieS presents Book Review: UNTIL THY WRATH BE PAST, Asa Larsson posted at MYSTERIES in PARADISE.
"17-year-old Wilma Persson and her boyfriend are trapped while diving beneath the ice of Lake Vittangijarvi, looking for the wreck of a Nazi transport airplane that crashed there during the War. The story opens with Wilma as the narrator and she continues to make frequent appearances throughout. When Wilma's body is first discovered in a nearby river, it is assumed her death was an accident. No-one had known where the young couple were diving. When forensic evidence shows that Wilma did not die where her body was found, Rebecka Martinsson decides to take over the investigation herself. Translated into English from Swedish. Excellent."

Jim Murdoch presents Two Cows and a Vanful of Smoke by Peter Benson posted at The Truth About Lies.
"The marijuana leaves, the cows and caravan on the cover – and indeed the book's title – all point to a comic romp involving rustic stoners; the reality is much more interesting. When Elliot gets a job on a farm he thinks he'll have plenty of time to lean on gates or stare at fields. But his best mate Spike keeps getting him into trouble finally turning up at his caravan's door with a van full of weed, the owners of which are deadly serious about getting back."

Zohar presents Book Review: Roma by Steven Saylor posted at Man of la Book.
"“Roma” by Steven Say­lor is a packed his­tor­i­cal fic­tion book which attempts to tell 1,000 years of his­tory in 600 pages. The book suc­ceeds superbly in some parts, but not so much in others."

KerrieS presents Review: BRUNO, CHIEF OF POLICE, Martin Walker posted at MYSTERIES in PARADISE.
The first in a new series of crime fiction set in France in the town of St. Denis. A satisfying cozy. 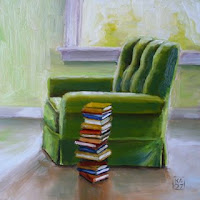 "Rock Bottom is the debut thriller by the renowned Erin Brockovich. It is the story of Angela "AJ" Palladino and her son who is handicapped."

Skylerreep presents 10 Tiny Reviews of the Best Novels of the Last 20 Years posted at Skyler Reep's Blog.
"Although it took me more than the time-frame I had originally budgeted, I finished ten novels this summer and I have two still simmering for two very different reasons. So here they are; my 10 tiny reviews."

Marina presents Introducing Indie Authors ? Amanda S. John posted at WRITING UNHOOKED.
"I want to start a series called Introducing Indie Authors. How many indie authors do you know and read? I did not know many until I published my short story Neighbors, got involved in social networking and blogging, and met quite a few talented and interesting indie writers."

Zohar presents Thoughts on: The Devil’s Gold By Steve Berry posted at Man of la Book.
"A short fic­tional eBook orig­i­nal. The book fol­lows one of the char­ac­ters in Mr. Berry’s books on a short adventure."

Zohar presents Thoughts on: Better by Mistake by Alina Tugend posted at Man of la Book.
"“Bet­ter by Mis­take: The Unex­pected Ben­e­fits of Being Wrong” by Alina Tugend is a non-fiction book which tries to explain how deal­ing with mis­takes can ben­e­fit you and your work. While this book might be cat­e­go­rized as self-help, I found it to be more than that and  thought pro­vok­ing as well."

Jonathan Milligan presents Best Self Help Books of All-Time posted at Simple Life Habits.
"Here is my personal review of 12 of my favorite self-help books."

Jim Murdoch presents Shadow Child by P.F. Thomése posted at The Truth About Lies.
"A woman who lives longer than her husband is called a widow; a man who remains behind without his wife, a widower. A child without parents is an orphan. But what do you call the father and mother of a child who has died? In Shadow Child a father charts the course of his child's life, all 47 days of it and the effect the death has on him and his wife. A short, very moving and memorable book."

at my book (sharing) club and didn't know too much about it beyond the description my friend gave me. It covers the story of Greg Mortenson who in 1993, after a failed attempt to climb K2, promised to return to a local Pakistan village to build a school. The story takes us through the challenges he faces, the creation of the Central Asia Institute (CAI) the charity organisation he now fronts, and the growth of the organisation to build schools across various locations in Pakistan and Afghanistan."

Persha Davis presents Understanding Men With Men Made Easy ebook -Are Men This Easy To Understand posted at Dumped Days.
"After interviewing hundreds of men, Kara Oh developed Twelve Simple "Secrets" so she could share her winning techniques with other women. Her fresh insights, derived from teaching self-empowerment workshops, bring a new slant to understanding men and improving romantic relationships."

Manisha presents Woman Men Adore Never Want To Leave ebook Review posted at Break Up Survival Advice.
"An ebook written by Bob Grant, a reputed marriage counselor with over 17 years experience. He has carried out counseling on thousands of couples, and claims that this ebook has been used by over 42,000 women."

Danette Schott presents Look at My Eyes: Early Intervention and Navigating the System posted at Help! S-O-S for Parents.
"I recently had the pleasure of “meeting” TheFowler4, Melanie and Seth Fowler, parents of two children, one of whom has autism."

Jonathan Milligan presents Put Your Dreams to the Test posted at Simple Life Habits.
"My personal review on the latest book by John Maxwell."

Teacher Man presents Book Review; Liars Poker By Michael Lewis posted at My University Money.
"A book review by Michael Lewis. It should help you achieve your financial dreams!"