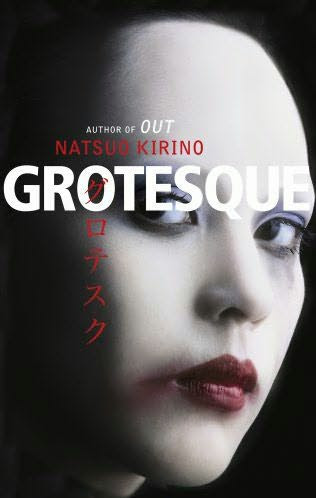 This review was originally published elsewhere, and is now being republished here.

Yuriko Hirakata, the younger of two daughters born to a mixed marriage, is one of two middle-aged prostitutes murdered in Tokyo nearly two years apart. The older Hirakata daughter takes after her mother, short dumpy Japanese, although she has her father's eyes and aquiline nose. Yuriko, the younger daughter, is strikingly beautiful and catches the eyes of everyone. Yuriko's elder sister gains entrance to an exclusive secondary school and then university, but the family goes to live in Switzerland leaving her behind with her maternal grandfather. Yuriko returns to Japan, becomes a prostitute, and twenty years later, is raped and killed. The second of the dead prostitutes, Kazue Sato, is an acquaintance from school days, a university graduate, working at a high level in an engineering firm. Still a virgin at thirty, she seeks adventure and satisfaction through prostitution.

Yuriko's older sister constantly puzzles over how her parents could have produced a child as beautiful as Yuriko, at the same time as a child as plain, even ugly, as herself. One of the peculiarities of this book is that we never learn the name of the elder Hirata daughter. Her life is lived in Yuriko's shadow and as a result she becomes bitter, seeing herself as Yuriko's negative image.

GROTESQUE in written mainly in first person, and very largely using the voice of Yuriko's older sister. The novel begins as if it is a mystery but there is eventually little mystery about who killed both Yuriko and Kazue. The book is broken into eight major sections, and we read various accounts from the older sister, journals kept by both Yuriko, and Kazue, an account written by the murderer, and then a final few pages that attempts to draw everything together.

The older sister confides in us, the reader - 'what exactly is it that I want you to understand?' - and even then we are not sure, and neither is she. This is a long, densely written work. The style is almost conversational, no matter who the narrator is. It is not a mystery, and I'm not sure I would even call it a thriller. It is a very rich canvas with a few focal points - what it is like to be a 'half'; what success in climbing the Japanese social ladder is based on; the various forms that bullying can take; and the roles played by pressures and illusions.

GROTESQUE is also a translation from Japanese into American English. I'm not sure this is going to be a popular read for Western readers. It is very long (460pp) and much of it is taken up with exploration of the characters and the theme of alienation, of being an outsider. How did I feel about it? I wanted to finish it, but I kept looking for that twist in the tail that never came. I recognise however that Kirino is making an important, even daring, social comment on Japanese society. Did I enjoy reading GROTESQUE? I'm not sure whether enjoy is the right word, but I think it will be a book that people will read again and again.

I first became acquainted with the work of Japanese writer Natsuo Kirino when I read her first novel to be translated into English, OUT. Well known in Japan, she is the winner of many awards, and her work has been translated into a variety of languages. OUT was nominated for an Edgar Award.

Translated into English in 2004. In the dreary, exhausting hours of the nightshift at a boxed-lunch factory, four women have formed a friendship of sorts. They work side by side and chat briefly each night, always carefully guarding their troubling thoughts and personal worries. When Yayoi Yamamoto, a young wife and mother, kills her abusive husband, the others help her dispose of the body; however, they become bound to one another in an ever tightening web of conspiratorial intimacy, mutual suspicion, and protective self-interest.
Some unexpected twists and turns in this book. There is a lot of very black humour, particularly when the women dispose of the body. Random House has a Reading Guide.
I read OUT some years ago, but recently it was reviewed at Reactions to Reading.

I'm glad you get something out of Kirino's writing Kerrie. I would like to but it is not to be.

Kirino sounds like a very interesting writer with an unusual perspective. Hmm......sounds like it's worth a read.

I enjoyed Out. It showed a side of Japanese life that most westerners don't usually hear about: The dead-end jobs, the alcoholic salary men, the loan sharks, the gambling clubs. I had to skim over the pages that described the cutting up of corpses, but I liked how Kirino tied together all of the characters and elements of the plot.

I passed on this title a while back, but after reading your review and another favorable one, I need to reconsider. Thanks