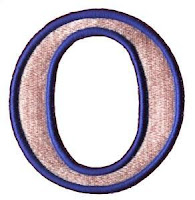 I thought for my Crime Fiction Alphabet post this week that I would re-run a review I wrote in 2008 of OVERKILL by New Zealand writer Vanda Symon. If Vanda isn't on your bookshop list, she should be.

Unsuspecting, Gabriella Knowes invited death into her house. The reader knows that from the first paragraph of the prologue in Vanda Symon's debut novel. What we learn too in the first few pages is that this is a targeted kill.

To the lone young police constable in Mataura, Sam Shepherd, it first of all looks as if Gabriella may have committed suicide. But Sam is no fool, and she realises that there are things that just don't fit that scenario. But who would want to kill Gabriella, a young housewife, and why?

The investigation quickly passess out of Sam's hands. Within hours, the Mataura Elderly Citizens Centre becomes the centre of operations, a collection of CIB detectives from as far afield as Invercargill and Dunedin are called in, and a forensics team has been flown in from Dunedin. And then the investigators learn that Sam once had a live-in relationship with Gaby's husband. Sam is suspended.

It is rare that a book captures me for a whole afternoon, or that I read it in one sitting as I did this one. OVERKILL is a wonderful page-turner. Sam Shepherd is a gritty character, persistent, intuitive, a lateral thinker, a police constable who has always wanted to be a detective. Despite her suspension from duty she can't leave things alone and it is her persistence that finally solves the why and the who. In OVERKILL Vanda Symon has given Sam a sounding board in Maggie her flatmate. I liked her so much that I hope we see her in another novel.

The setting for OVERKILL, the southern part of the South Island of New Zealand is important for two reasons. The first is that it explains Sam's position as lone constable in charge of a small town police station. The second relates more closely to explaining why some one decides to "deal with" Gabriella Knowes. It is a setting that feels very authentic to me.

Well, I bought a copy of the next book, THE RINGMASTER, when I bought OVERKILL. There's an extract from RINGMASTER at the end of OVERKILL. It is also a Sam Shepherd title.
Since writing the review of OVERKILL I've also reviewed THE RINGMASTER and I really must read CONTAINMENT which was recently number 4 in the New Zealand Fiction for Adults Best Seller List.

Kerrie - Thanks for this review of Overkill. I really enjoy mysteries where the killer's made a death look one way, but it turns out to be quite different. And of course, I enjoy sleuths like Sam who prioritize solving cases over local politics.

Thanks Margot and Craig - it is always easy to write about great books.