This review is my contribution to the Crime Fiction Alphabet: letter N. 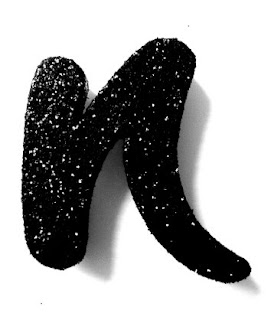 Joe Trumbull lives and works in Kingston, New York State, the town he was born in. Joe is a probation officer, not a parole officer, as he hastens to tell you. As a probation officer he works for the court, advising the judge on a sentence that will keep the offender out of prison. If an offender is given a probation period, then Joe tries to help them from re-offending. His best friend is Howie, going back all the way to elementary school. Howie is a detective on the Kingston police force and usually the connection is useful.

Howie and his wife Elaine have always been there for Joe, and never more so since the unsolved murder of his fiancée Laurel three days before their wedding. Two years since the murder, Joe goes on a blind date, feeling that he is ready for a new social life. The date with Marlene goes well, or at least Joe thinks it does, but the next day she doesn’t answer his phone calls. Late that night Howie comes to collect Joe and his worst fears are realised. The nightmare starts again.

It took me a little while to get into this story, but once I did I was caught up in Joe’s own disbelief that this could be happening to him again. Are women being killed because they have a connection to him? Or, is he, as the detectives investigating the case seem determined to prove, actually the murderer? When a third woman is murdered it seems that there really is a case against Joe. We see events through Joe’s eyes and this adds to the puzzle. I didn’t pick the way this book would end and the tension built well.

I enjoyed the back-stories that Steve Hamilton was able to weave around the main thread of this book. There are lots of little stories about probationers and their families that Joe has dealt with, the successes and the failures. The “good cop, bad cop” scenario of the investigating team was done well too.

NIGHT WORK is Steve Hamilton’s first stand-alone novel. His series featuring Alex McKnight has seven titles. His first novel A COLD DAY IN PARADISE won the Private Eye Writers of America/St. Martin's Press Award for Best First Mystery by an Unpublished Writer. Once published, it went on to win the MWA Edgar and the PWA Shamus Awards for Best First Novel, and was short-listed for the Anthony and Barry Awards. In 2006 he won the Michigan Author Award. His website at http://www.authorstevehamilton.com/ contains extensive information about all his books, and includes a multi-media tour of NIGHT WORK’s Kingston locations.

This was a review originally posted elsewhere of a book I read back in November 2007.

Kerrie - Thanks for this excellent review! It's funny this book would be set in Kingston; my grandparents lived near there for many, many years, so I know the area. This is definitely an interesting-sounding read.