M is for Martin Edwards 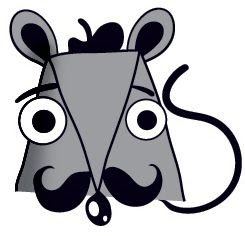 Here is what Martin says about himself on his blog:
I am a British crime writer, and the author of two series, set in Liverpool and the Lake District. At the CWA Daggers Awards 2008, I received the award for best short story of the year for 'The Bookbinder's Apprentice'. The eighth Liverpool book, Waterloo Sunset, and The Arsenic Labyrinth,(shortlisted for Lakeland Book of the Year 2008) have both recently appeared in paperback. So has Dancing for the Hangman, a novel about Dr Crippen. The fourth Lake District Mystery, THE SERPENT POOL, will be published in February 2010.

And lest you think Martin is "just" a writer:
Not only is he a busy solicitor, Martin is also a member of the Murder Squad collective of crime writers and is chairman of the nominations sub-committee for the CWA Diamond Dagger (crime writing's most prestigious award). In 2007 he was appointed the Archivist of the Crime Writers Association.
Read some interviews with Martin.

Martin Edwards' Blog: Do You Write Under Your Own Name
Martin's web site

Martin Edwards talks about the Arsenic Labyrinth (link on YouTube)

Yes Yes Yes I KNOW I have to read him (I think someone else did Martin for 'E' as well). I have The Coffin Trail in my TBR pile - I just need to get to it.

Martin's blog is always worth a visit too (and is the reason I tracked down one of his books).

Bernadette seems to have got the message :D

Martin was one of the first writers whose books I bought because I had heard about him via FriendFeed.

A truly excellent choice, Kerrie!! Martin is a terrific writer whose books still haunt me; that's how good that Lake District series is. I'm glad you featured his work.

Thanks for featuring him. I am yet to read anything by him!