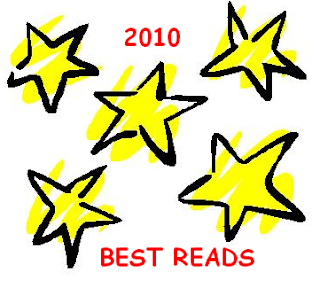 What are the best crime fiction books you've read in the first 6 months of this year?

Oh yes, I know we are only half way through the year!

Leave me a comment with your best 5-10 books - they can be published in any year. I'll do things with the resultant list and feed them back into my blog in a couple of weeks. You have a week to leave your comment!
By all means, if you want to add a post on your blog about your best reads, feel free to use the image to the right.

Well, let's see. My best 10 mysteries that I've read so far this year are (in no particular order):

Definitely in my top 10 for the year, but not exactly a mystery is SO COLD THE RIVER by Michael Koryta. If you haven't tried this one, you ought to.

Kay, I have only read DEATH WORE WHITE!
I've just begun to see Elly Griffiths listed here, so obviously you think she is someone to look out for.
Is SO COLD THE RIVER crime fiction?

Kerrie great list. Have read so far only four on your list, currently reading the fifth and have another four to-read.

Kerrie, SO COLD THE RIVER is by a crime fiction writer, Michael Koryta. However, it has some supernatural elements. It is a departure for him, but I thought it was a great book. Very well written. There is definitely a mystery involved, but not your typical crime book. The author's other books are more traditional.

My list included books from all parts of the mystery spectrum - cozies, traditional, humorous, and more hard boiled.

I'm a bit ambivalent about my list because I've read several series (by Kate Atkinson, Susan Hill, and Tana French) that I wish could count as one book, but I'll try to be true to the ten-book rule. So far this year my favorites have been:

Don Chaon - AWAIT YOUR REPLY: I finished this book on January 2 of this year and I do not expect to read a better book in 2010.

Dorothy B. Hughes - IN A LONELY PLACE.

Kate Atkinson - CASE HISTORIES: But I could just as easily have chosen ONE GOOD TURN or WHEN WILL THERE BE GOOD NEWS?

Susan Hill - THE PURE IN HEART: As with Kate Atkinson, I could easily have chosen two other books in this series, THE RISK OF DARKNESS or THE VOWS OF SILENCE. (Interesting, I did not like the first book in the series, THE VARIOUS HAUNTS OF MEN, and would not have continued reading them had it not been for Bernadette's comments on her blog. I'm glad I read the rest of the books in the series. I found them to be so much better than the first.)

Judy Blundell - WHAT I SAW AND HOW I LIED: This is a YA murder-mystery set in the years just after WWII. I usually don't read much YA fiction--finding it too broad--but this was excellent.

Tana French - IN THE WOODS

Tana French - THE LIKENESS: I just couldn't decide between this and IN THE WOODS, so I have to list them both.

Elizabeth Hand - GENERATION LOSS: A photographer who had momentary fame during New York's punk scene visits the Maine home of her mentor, some 30 years later.

Ruth Rendell - THE BRIDESMAID: I thought I had read all of Rendell's books, but this one was new to me. Published in 1989, it's very much in the "Barbara Vine" style of psychological suspense.

Oooops, sorry.
In no particular order:
- THE DARKEST ROOM by Johan Theorin
- THE FIRE ENGINE THAT DISAPPEARED by Sojwall & Wahloo
- NEMESIS by Jo Nesbo
- THE MIND’S EYE by Hakan Nesser
- SILENCE OF THE GRAVE by Arnaldur Indridason
- THE SAVAGE ALTAR (aka Sun Storm) by Asa Larsson
- DEAD POINT by Peter Temple
- DEATH RITES by Alicia Giménez-Bartlett
- HAVANA GOLD by Leonardo Padura
- WATER-BLUE EYES by Domingo Villar

Earth Hums in B Flat by Mari Strachan

Echoes from the Dead by Johann Theorin

Year of the Dog by Henry Chang

My favourtites so far are (and in no particular order)

The best crime fiction books I've read this year so far, in no particular order are:

I read a lot of different genre's... so far my most favorite crime fiction this year would be Harry Taylor's latest book, "Rogues, Riches and Retribution." In my opinion it was somehow different than the normal run of the mill murder stories.

Whoa... I don't think any of my top five are written by Americans!

In no particular order:

Here's what I posted over at 4MA:

Johan Theorin / THE DARKEST ROOM
As in his first book, characters come first for Theorin, setting second, and then there's a plot, but it's happy to modestly hang about in the background, occasionally brushing past you with a touch that raises goosebumps. I found this book deeply satisfying in its quiet way.

Charlie Huston / THE MYSTIC ARTS OF ERASING ALL SIGNS OF DEATH
A strangely sweet, funny, profane book with a narrator who is a complete jerk because ... well, he has his reasons, and tailing along as he works out his relationship with the world is only marred by Huston's unwillingness to use common punctuation.

David Corbett / DO THEY KNOW I'M RUNNING?
I am not sure exactly when I read this, but it was published in March. It's a complex and angry book about immigration and the war on drugs. When a young musician's uncle is deported to El Salvador, he goes to bring him back, a harrowing journey where what's bad gets worse and worse. Beautiful writing, but some of the violence was hard to take.

Tana French / FAITHFUL PLACE
Less lushly overwritten than her first book, but every bit as talented. A narcotics cop can't help but become involved when a body is found in a building on the block where he grew up - which may be the body of a girl who he thought had left him in the lurch. A wonderful portrait of a family and a single block in Dublin, in which a whole universe is swarming.

Tim Hallinan / THE QUEEN OF PATPONG
A wonderful book - very moving and absorbing story about Rose's past as a bar girl in Bangkok. It knocked my socks off, way off, which is ten times better than two thumbs up, way up. Happy toes!

and a sixth one that I thought of later - Jess Walter's FINANCIAL LIVES OF THE POETS. I really love his writing style, which reminds me of Tim O'Brien. This was funny and touching and totally nailed the present moment. It's about a hapless journalist whose web business failed, who is about to lose his house and is afraid to mention it to his wife, and takes up drug dealing - ineptly. Very funny and touching in a manic way.

Charlie Huston / THE MYSTIC ARTS OF ERASING ALL SIGNS OF DEATH

Tim Hallinan / THE QUEEN OF PATPONG

Not easy now, I'm not looking forward to having to do this with more books under the belt in December

Here are my top reads of the year so far.

I finally got round to posting my selection http://petrona.typepad.com/petrona/2010/07/best-crime-fiction-so-far-in-2010-whats-yours.html , which is:
Truth by Peter Temple

The Crossing Places by Elly Griffiths

There are some great suggestions in these comments, and also quite a few new ones in the comments at the Petrona post. Kerrie - maybe you could write a round-up post of everyone's selections, to see if there are any commonalities?! (Even though the books chosen are "read" rather than "published" this year, I think several people including me tend to read books if I see reviews on others' blogs, so there may be a few that have been read over the same few months and acquired several "votes" each.

I got posting mine today. I know I am late!

Never too late Gautami
I'm about to aggregate the list!

There are three that are must-reads, stories I couldn't put down.

With Cold Hearts was my best crime mystery novel of the year, about a serial killer who targets crime authors and their readers.