Today's tour stop is the Orient Express.
Below are some links I've collected over the last year.

Holiday on the Orient express
An article from the Australian newspaper from March 2010
NOTHING captivates travellers more than the utterly unlikely. And that is how it feels aboard the Venice Simplon-Orient-Express. 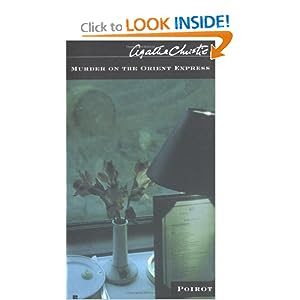 The Orient Express reaches the buffers
Article from the Telegraph December 2009
The world’s most famous train finally stops running on Monday. While the new European railway timetable brings speedier journeys for Kent commuters, it also consigns the Orient Express to the history books. Not the Venice-bound tourist service that offers an expensive fantasy of teak, crystal, white damask and black-tie dinners, but the real Orient Express, the train that started running from Paris to Constantinople back in 1883.

Last trip on the Orient Express
Article from the UK Guardian December 2009
But now the Orient Express is to be cut from Europe's rail timetables. Next weekend, the service – which runs only between Strasbourg and Vienna – will be scrapped, a victim of high-speed railways and cut-price flights.

Orient Express arrives in Istanbul
The Orient Express got a reprieve with a special trip in August 2010 from Paris to Istanbul for 95 passengers.

And here from YouTube is the first part of a 2009 documentary that David Suchet made about a trip he had on the Orient Express. If  you go to Youtube you will find out parts of the same documentary are available.

Kerrie - Thanks for these links and the focus on this story. It's one of Christie's more compelling novels, and still captures the reader's imagination.

Kerrie -- thanks so much for these links!