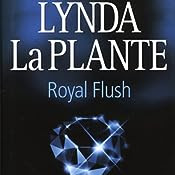 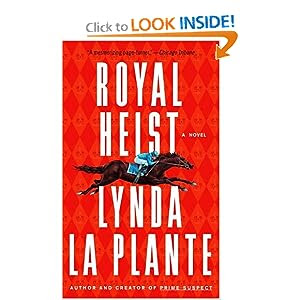 Edward de Jersey, an immensely wealthy man, owns a successful racing yard and sets high hopes on his magnificent colt Royal Flush winning the Derby. But de Jersey's luck runs out when his trusted advisor invest his fortune in a fledgling Internet company that crashes, leaving him with mounting debts. In danger of losing everything, de Jersey resurrects his criminal past and attempts to pull off the most audacious robbery in history: the most valuable diamond in the world.

Not even Edward de Jersey's Swedish wife of 20 years knows where the money that his racing stables were built with came from. In fact as the novel progresses it becomes patently obvious that there is much that Kristina does not know about her husband.  de Jersey's financial adviser commits suicide, and de Jersey becomes aware of his financial peril, a seemingly irretrievable situation. There is no way he can trade himself out of bankruptcy. On the surface he is a man of principle, but he has no hesitation in helping himself to goods that belong to another. In fact, he's done it before, and gotten away with it.

And though Edward de Jersey loves his wife and daughters he sets his racehorse Royal Flush above all else.

The novel is divided clearly into three parts: planning the heist, carrying out the heist, and the aftermath. It makes for an extremely long audio novel, and the printed version has 450 pages.

It is really a thriller rather than my usual crime fiction, although there is also a murder. Sean Barrett narrates in a deliciously gravelly voice, with a polished English accent for the most, but some good differentiation to distinguish other characters from de Jersey.

Mini reviews of other books by Lynda la Plante

ABOVE SUSPICION, my rating 5.0
#1 in the Anna Travis series.  Detective Chief Inspector Langton has the opportunity to add an extra DS to his team investigating a series of murders when one of his team goes sick. He chooses DS Anna Travis, a graduate in economics, who has experience in number of squads but has never worked on a murder team. Her father was a well respected DCS.  Anna gets an instant introduction to murder when the body of a young female student is found on Clapham Common, and she first views the body in situ and then attends the post mortem. At first the murder team incident room treat Anna as an inexperienced rookie, but then her dedication to her work proves her worth to them as she stumbles across a vital connection that identifies the possible killer. An excellent read.

THE RED DAHLIA (Audio version:CD), my rating 4.8
#2 in the Anna Travis series.The body of a young girl is discovered on the banks of the Thames. Clues point to the possibility that the death is a mirror image of a Los Angeles case from the 1940s, known as ""The Black Dahlia"". The murderer sets clues to taunt. A second body is discovered and still there is no break through.
Anna is again working with Detective Chief Inspector Langton and she has trouble in working out how he feels about her. He seems very enamoured of an American profiler. But the days roll on and still there is no breakthrough. And then comes the anonymous phone call with a name.. This is an unabridged reading by Jane McTeer who does an excellent job of charactisation. Approx 6 hours.

CLEAN CUT, my rating 4.6
The sequel to THE RED DAHLIA. In the intervening time DI Anna Travis and DCI James Langton have become lovers. They no longer work together and endeavour to keep their working and private lives separate. When Langton is horrifically injured in a murder arrest that goes wrong, Anna becomes vital to his recovery. While Langton is still in hospital, Anna is assigned to a new case where a librarian is found dead by her twelve year old daughter returning from school. The suspect in this case is yet another violent rapist released from prison far too early. And then, perhaps a little predictably, the case Anna is working on and the one Langton was working on when he was attacked become linked. This is a long and complex novel, with an ending that ensures there will be yet another sequel.

Kerrie - Thanks for this fine review. It sounds like this is an interesting blend of crime fiction and heist thriller. I'm going to have to look for this one.